The Gavel family is multi-cultural, multi-religious and is boundlessly willing to share opinions. One of the factors that bind the Gavel family together is their spirit of celebration.

The Christmas meeting is a key event in the Gavel calendar. Project chairs Timal Mohan and Merl Chandana gathered teams for decorations and carols. Gavelier Ushani Hewage headed the decorations team as usual and carried out deco’s under the theme ‘snow deer’. 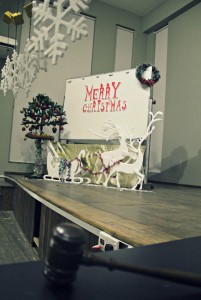 Gaveliers entered ENTC 1 one by one and gathered in circles to enjoy the company of the family. Chamath Jayaweera, Hasala Dharmawardene, Chathuranga Viraj Kannangara, Dinesh Randolf Kenady, Sandarekha Wickramanayake, Pasan Pethiyagode, Damith Senanayake and Imesh Lihinikaduarachchi were among the past Gaveliers who joined us in the Christmas meeting.

The most enthusiastic member, as described by the president Vibhanu Arachchige, Gavelier Rochelle Silva was the toastmaster for the day. With her gleeful charisma and radiant Christmassy cheer she gave a marvelous start to the meeting with a beautifully written poem of her own:

“When the cold breeze of December whispers in our ear,

As the sounds of joyous carols float through the air,

We know that Christmas is just around the corner,

And it’s time to enjoy the season with all Gaveliers” 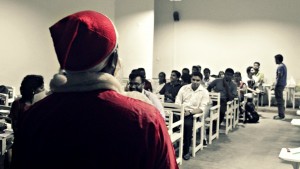 The table topics session followed under the topic “New year’s resolution”. There were vivid plans that were academic, career related, personal or spiritual.

Unlike regular meetings, there was no table topics master, but a Santa Claus with candy for those who spoke, which was well played by Praveen Kumarasinghe. The set of table topics he came up with were,

The session was started by Niluxsi’s speech on “Peace on earth will come to stay, when we live Christmas every day”, which was followed by several others in the meeting. While all of those speeches held a wonderful content and displayed their passion to express themselves, let me quote a few of the speeches that captured my heart.

Christmas is a beautiful event where people gather around to decorate the Christmas tree and spread the spirit of love and celebration under their roof. Gavelier Chathuranga related to us how he was astounded by the way his father celebrated Christmas while simply replying with a ‘we are celebrating Christmas but yeah we are Buddhists, so what?’

Gavelier Sirimevan Jayasundara went on to deliver a philosophical-but-not-so-philosophical speech which precisely indicated how all religions speak the same language. ‘My mother is a pure Christian and my father is a pure Buddhist. I’ve read the bible and know the principles of Buddhism. There are differences and similarities. But there’s nothing left to criticize and be separated. The real problem is that people do not know each other’s’ religions except for what they hear and see.’

“My grandfather was 96 when he died. That was somehow a happy day for me. In his life, he shone at its summit. When his life was at its dusk he became immobile. As much as he didn’t like his situation I knew living immobile at the feeblest stage of life wasn’t any living. On the day of his passing away after having done a lot of good in his life, the sun set and stars rose into the sky; for sometimes the sun should set for the stars to rise into the sky.” That was Gavelier Shehan Thilina Jayasinghe. 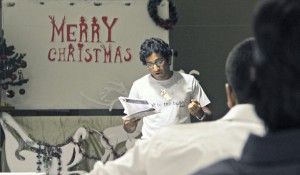 and how he would marry a girl under the same vow he has with his umbrella, Gavelier Bathiya’s speech on how he would stand against people literally taking off pieces out of mother earth with nastiest of weapons and how past Gaveliers Chamath Jayaweera, Dinesh Randolf Kenady and Chathuranga Viraj Kannangara shared tales of chapters of their lives.

Refreshments and singing of carols followed the meeting, which was given life to by Gaveliers Sachini Upeka, Chathuranga Amunugama, Yasoda Gamage, Rochelle Silva and Ama Kalpani, which everybody heartily enjoyed.

An ‘After party’ is a definite must for a special meeting. The food was fine, the company was blissful. It was most 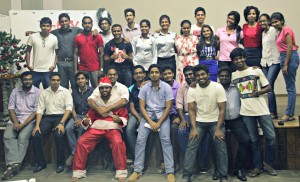 heart touching to see our immediate past president, Gavelier Akalanka Samarasena and Gavelier Namal Dias joining us at the after party despite their busy schedules and grand parties they had at their workplaces. Nevertheless, what else could one expect; for the love in our Gavel family flows strong and deep, leaving us memories to treasure and keep. 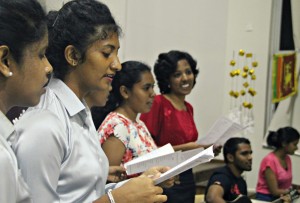 Word of the day: “Gleeful” 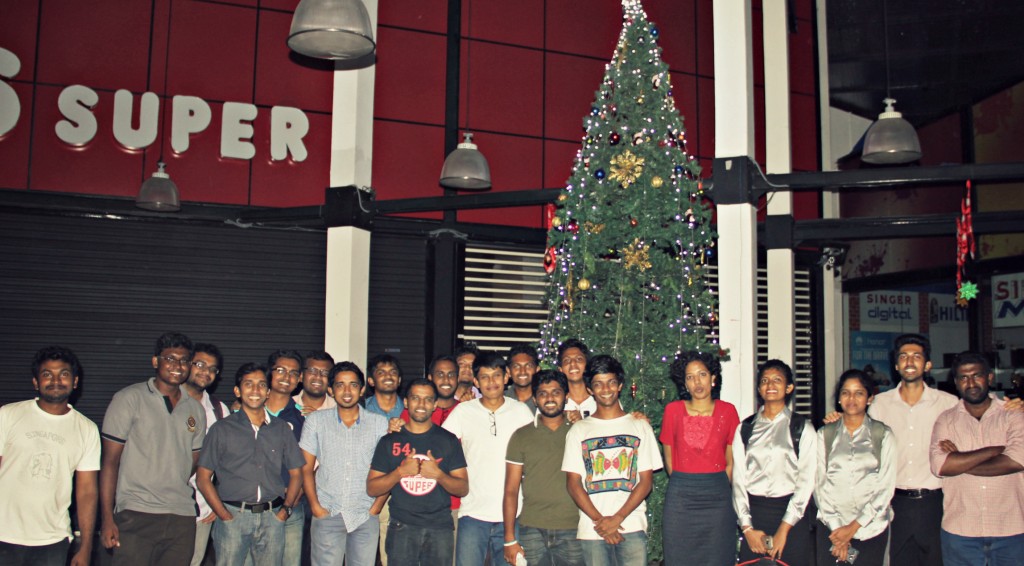