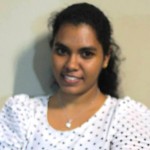 It was a perfect Thursday evening where all the Gaveliers invaded the PG Seminar room of ENTC one by one to mark another magical meeting. It was a pleasure to see a house full meeting with so many new faces of the youngest batch who joined hands with us strengthening the bond of Gavel family.

Thus President, Vibhanu Arachchige, commenced the 271st Gavel meeting. After the national anthem led by Praveen Kumarasighe, The president handed over the proceedings of the meeting to the Toastmaster of the day, Ama Kalpani, an enthusiastic member of the club.

The Round Robin session was conducted by the Toastmaster, giving a chance to the members to raise their own imaginations.

“I was watching the television and suddenly…” President, Vibhanu gave an abrupt start that he was watching a movie of James Bond. Throughout the round robin session there were so many cricket matches, fashion designing programs, movies and also a number of girlfriends sitting next to you on the couch. It was a mindblowing round robin session which proved the fact that we Gaveliers are so fond of storytelling.

After the Round Robin session it was the time for the table topics session. The Table Topics master for the day was another dedicated member of the club, Praveen Kumarasinghe, who would never say no for anything. It was again another extraordinary set of topics.

As usual president Vibhanu broke the silence of the audience being the first to speak. When he was a kid he was a cricket fan. With time he lost his interest and got passionate about speaking and so he joined the Gavel club. It was a whitewash.

We all have so many dreams to achieve, yet time is limited. So do not worry. Do what you can within the given time. They were Kithmin’s words.

Our life is just like Clash of Clans. We build an empire. At times they get destroyed. We can either build them again or we can take revenge. Nevertheless, don’t ever forget that there is always a way. You might miss a two rupee coin but there are more coins in your pocket. Those were the inspiring words of Sandaru Karunasiri.

Hakuna Matata! It was Bathiya who conquered the stage. Next was Waruni who spoke about one of her personal experience on “Its always good to step outside the lecture room”.

Dear God! 49000 Rupees! It was Merl Chandana who got stuck with a bill of Rs.49,000 and said “You’ll always get trapped in problems with no way out! Just take a breath and think what I can do to get out from this!”

Arrow or Clash of Clans? Abarajithan always preferred any TV series over Arrow.

Venimus, Vidimus, Vicimus! Ashwin delivered an eye opening speech on how he came, he saw and he conquered, leaving the audience a message that we have to come, we have to see and we have to conquer in order to win our life.

Kasun made another remarkable speech on “Do not worry,Hakuna Matata!” And Chathuranga Amunugama gave two marvelous interpretations on “Dear God…” as to how it is used to express our feelings.

All in all it was an unprecedented table topics session, which was filled with so many priceless speeches.

And thus, another remarkable meeting marked its end.