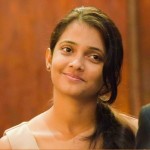 A glorious day dawned for the Gavel club with the 272nd gavel meeting with a show of promising talent among the newcomers of the club.  President Vibhanu Arachchige welcomed the many new faces drawn to the club before handing over the proceedings to the Toastmaster, Wimali Galgamuwage. “Everyone has the potential to make a speech. But you have to have the courage to come and stand in front of an audience.” Wimali provided her words of wisdom while reminiscing about how she was hesitant to make her first speech.

The Round Robin session revealed many super heroes, villains, detectives and superstars hidden among the Gaveliers as they took 20 seconds to dive into the world of movies to live as their favorite characters. Then the Table Topics Master Athif took over the proceedings of the day.

“It is important to understand ourselves before we solve every other problem in the world.” President Vibhanu took the stage giving his insight on religion, belief and way of life and starting off the Table Topics session of the day. Samavath Mallawaarachchi humored the audience once again while advertising his book and showing us how books open doors to new worlds.

Then came the time for the level zero Gaveliers to shine, starting from Chamode who showed everyone how useless little things can sometimes touch our hearts. Then Kasun came up with a captivating story about his love and encouragement Liliana, who turned out to be his computer. “Like stars, we are all capable of shining” Asitha awed the audience with his topic, “stargazing”. Kithmin talked about the friends he made as a newcomer during his few short weeks in the University.

Praveen came up with a very dramatic speech about the little devil and angel who sat beside him throughout his exams forcing him in and out of work and how in spite of all the distractions he managed to make his way through the exam. “Everyone goes through ups and downs in different points in life. But, if you have the right person beside you, a single word from him or her can raise you up from the deepest of holes.” Ashwin spoke about his special someone who helped him through his difficult times.

Quoting Richard Branson about working through embarrassments and failures and giving examples from his career as an announcer, Sandaru gave an inspiring speech on how he fought on for what he wants. Showing true talent of a speaker Kanchana mesmerized the club with his words, “Staring at the stars is not all you can do. Stars are out there; go catch them. ” Yasoda then took two minutes to take the Gaveliers through her two hour journey through a bookshop where she rediscovered the wonder of books. In her speech she captured how, from nursery rhymes to novels, from educational books to autobiographies of successful entrepreneurs, every book opens a door to a new world.

The next speaker was Gimhani, who went into depth analyzing the topic of religion, belief and way of life. She showed how many people fight over their beliefs without getting the basics right. Freshers once again took a chance at making their first speech. Shenal’s account of his first experience as a basketball player was followed by Lakshitha’s speech about the first friend he made in the University. Talking about the popular notion that University is the only place where your friends are decided by the alphabet, he went on to show that this might not be a bad thing after all. “Friends come in all sizes and forms.” Sachini spoke about the furry little friend she made in the University who helped her to get through her first day which was proving to be scary.

“To read is to empower. To empower is to write. To write is to influence. To influence is to change. To change is to live.” Quoting Jane Evershed, Rahubaddha wound up the table topics session with another view on the significance of reading.

Evaluators Samavath Mallawaarachci and Vibhanu Arachchige both gave thorough evaluations emphasizing how dazzled they were by the new talent in the club. Then the control was handed over to the Toastmaster.

To color the events of the day a newcomer Bathiya Wickramage made his ice breaker speech after being introduced by Vibhanu. “Ships are very safe when they are in the harbor. But that’s not the reason ships are built for ” His story showed his 20 year journey from a popular guy to a silent guy who realized the mistakes in his ways of giving up his talents to be in the background. He ended his speech on a high note pointing out how he rediscovered himself for who he really is.

After the evaluation by Vibhanu, the Toastmaster called for the reports of Grammarian, Ah counter, Timer and the General evaluator. After handing over the control back to the president the meeting was adjourned, bringing an end to another memorable evening.