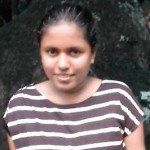 So you should have been in the 273rd meeting, the “Musical Meeting”

The President, Vibhanu Arachchige, commenced the 273rd meeting at ENTC 1 and the proceedings were started after singing the national anthem led by Insaf Ismath. Then a video was played showing how our gavel family emerged and what we all achieved, enjoyed and had fun together, reminding all, that “it’s where we belong”.

Next the floor was open for one of the great speakers, a great leader, and most importantly an enthusiastic Gavelier, Sirimevan Jayasundera, for his gavel story. He inspired the audience explaining what made him retain in gavel. He admired the constructive criticism and the lovely people he met because of Gavel. With his 4 years of life as a Gavelier he made the audience clear that this is “the place” for everyone to join.

Then Mr. President introduced the Toastmaster of the day, one of the project chairs of Gavel orientation this year, an enthusiastic Gavelier, Insaf Ismath. Then Insaf introduced the role players of the day and started the Round Robin session

Even though the round robin session was lengthy, it was very entertaining and interesting. We discovered that we are quite rich in the sense of the singers among us and their numerous stories as to why they chose those songs as their favorite songs.

The Table Topics Master for the day was another dedicated member of the club and the other project chair of the gavel orientation, Ama Kalpani. She came up with a blend of wonderful topics related to the art of music. She opened the floor for the speakers saying “I will be right here waiting for you “. As the round robin session took more time, the table topic session was limited to only five speakers. Four out of those speakers were recent Gaveliers.

“You better lose yourself in the music, the moment. You own it, you better never let it go” Chamod the first speaker of the day and he recalled the memories of his school days playing tennis.

Next Kasun shared with us an inspiring message of “Believing in yourself , reminiscing the song “You found me “.

Navodhini grabbed the attention of the audience by her melodious voice. She got us to agree with her that the best music that would remain in our hearts forever is our mother’s lullaby.

“What is a gavel meeting without the national anthem?”. With that question for a start, Rahu pointed out that life is bounded with music from the mother’s lullaby to the doleful peal of the funeral bells.

Kanchana brought a different perspective about the relation between songs, problems and life. He suggested us to be happy anyway and to enjoy life as it is because songs remind us our real life stories.

After the Timer’s report and Ah counter’s report, Vibhanu Arachchige and Sirimevan Jayasundera evaluated the speeches and gave suggestions for all the members in the house to improve. Next the proceedings were handed back to the Toastmaster. Proceedings were handed over to the President after the Grammarian’s and General Evaluator’s report.

After all, this was another wonderful evening spent with the Gavel family.

1. Behind every favourite song, there is a story untold
2. Life is a song, sing it
3. How music relieved my pain
4. I’ll tell you all about it when I see you again
5. Her lullaby
6. Lyrics or melody
7. I have a dream
8. A world without music is empty
9. The earth has music for those who listen
10. I will be right here waiting for you