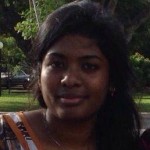 “Even when you lead the national anthem, you can develop leadership skills” as Gavel always points out. As per that, the 287th meeting started off with the national anthem led by Rochelle. Our Gavel family had enlarged with more members on that day.

“The distance between your dreams and reality is called action.”

The meeting came alive with a dreamy Round Robin topic: “if you are given one million Rupees to spend within one night, what would you do?” Everyone came up with multiple approaches comprised of offering to charity, giving to parents, buying the dream car or means of depositing it strategically for future purposes. “Not all the fingers are the same”; it was well portrayed.

Following that delightful Round Robin session, the Table Topics session started with some modifications. The meeting was special because it was focused on motivating the three finalists (Piyumi Bandaranayake, Rochelle Silva and Kasun Udara Ranasinghe) who were about to face the Grand finale of All Island Best Gavel Speaker contest at the Gavel Conference which was going to happen in the weekend. They were given constructive feedback which Gavel never fails to offer. Their performances created an immense confidence and motivation among  other Gaveliers on how  they should perform in forthcoming competitions.

“The definition of insanity is doing the same thing over and over again, but expecting different results”, Mr. President reminded us of a quote by Einstein. Citing Gavel members in his speech, he mentioned that ‘knocking harder is not the only option; if it doesn’t work, just try other options’.

“Will doors open if we knock hard enough?” Being one of the founder members of his school’s badminton club, Bathiya delivered a speech in a way to emphasize Merl’s words. The meeting was energized by the presence of Sandaru Karunasiri, a man compering for 13 years and still 22. “When you lose every time, be thankful. It may be a competition or life; each time you lose, you put a step forward. Stay hungry, stay foolish, stay non-complacent”

The uniqueness of the session was that many adjoining speeches were delivered on same topic, which added a value and pushed up the core value of speeches.

Does speed kill? “Yes, it happens when you lose your focus” Praveen pointed out in a heart touching way.

“Everyone makes mistakes. They are lessons. If we have second chances to modify or alter the mistakes we did and options we chose, there will be no development.” A speech with rich content was delivered in an organized way by Madushan.

Yasumi had a different opinion. “If I got a second chance, I could probably afford the dreams I lost in childhood by misfortunes”

“Lack of speed kills – if you’re travelling in an airplane” A previous topic was debated by Athif in a philosophical way. He came up with another visionary approach. “We generalize things in our own context”; a universal truth was brought out.

Yet the topic was analysed again in an ultimate way by Samavath. “When you jump the selection of preferences in a hurry and go for unpractical options, speed kills at those moments. “Keep working gradually; slow and steady wins the race”, he proved the phrase based on his life itself as the Master of GPA.

“I go mad with love when I see you. You are my angel.” Rochelle delivered an attention grabbing opening with the quest of answering whether honesty is the best policy. “To have a friend, be one”, Piyumi illustrated the topic with a story about her grandmother. Again many notes for thought were showered through unforgettable stories by both finalists.

Finally the Gaveliers were informed regarding Competent Communication and Competent Leadership Manuals, two diamond choices by Gavel Club to be a good speaker and a leader. Everyone was notified to start and follow one manual they prefer or both.  The meeting ended with cheers for our finalists. Overall it was an astonishing meeting which added extra bondage amongst Gaveliers with more warmness.

Word of the day