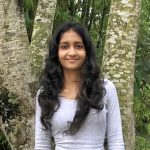 Stemming down to that once upon a day, where it all began with a video flooding through the WhatsApp Group Chat of the 21st Batch of Gaveliers, the ecstasy of an unnerving adventure kept us imagining and remembering the terrifying outdoor tales which enlivened our spooky moods. The days that followed were filled with excitement as the beginners started shooting questions to and fro. The seniors of the club best attempted to respond while keeping alive the awakened enthusiasm and suspense. 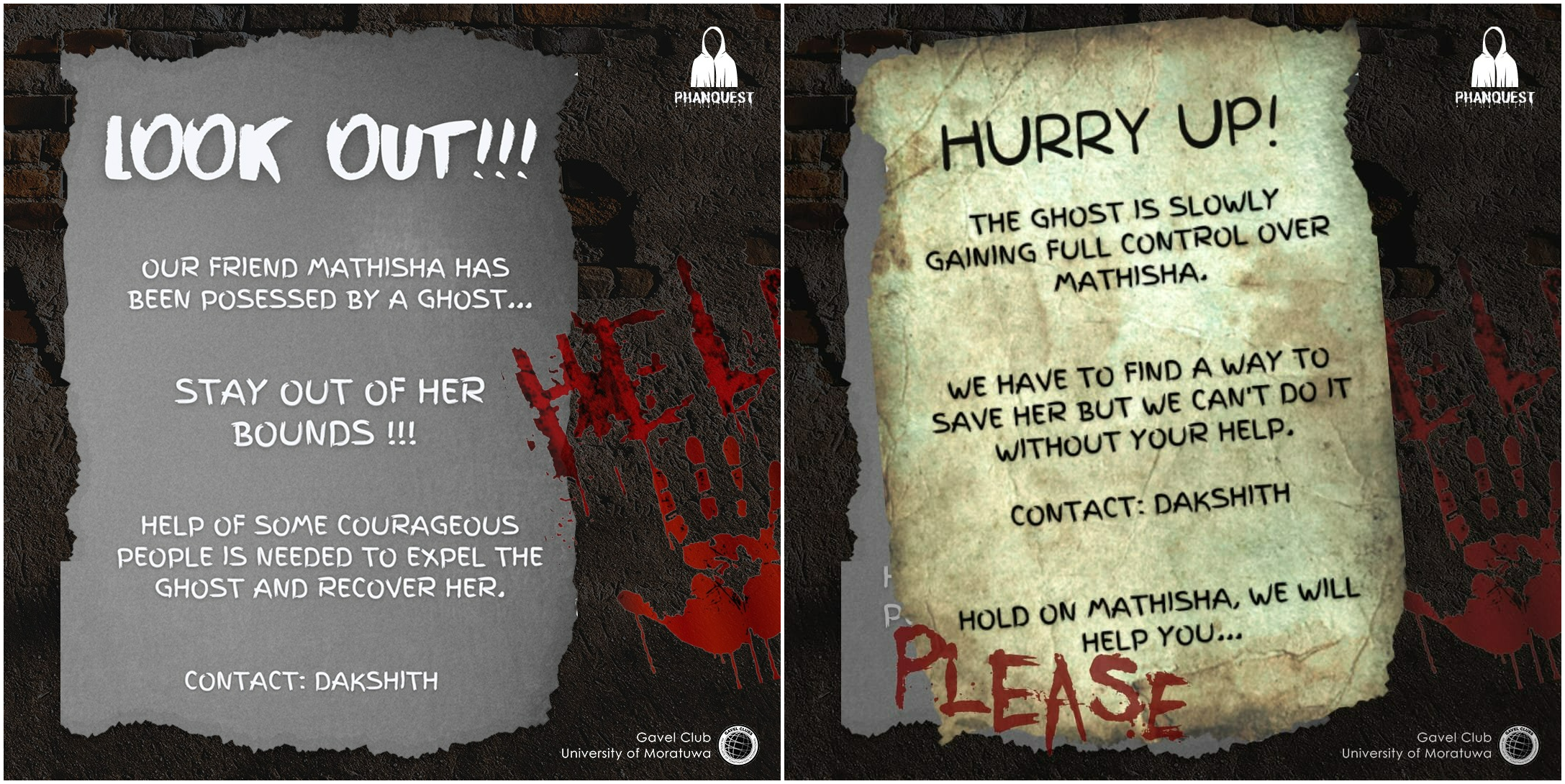 The stirred adventurous eagerness continued throughout the days. Soon registrations were closed and the Gaveliers were sorted into groups of eight. The high-spirited groups were quick to come up with unique group names as outlined below:

The ‘PHANQUEST’ it was, an event of delightful horror. The event followed with sub proceedings conducted by the group coordinators. The first episode of the much-awaited thriller adventure went off with Mathisha, the trapped soul leaving behind clues and footprints of horrifying evidence. Many of us were new to the University and we were frantically using all possible means of reaching out to the locations through google maps while some even phoned their seniors for help.

It was truly a ray of sunshine to have our fellow batchmates from the Architecture faculty in all teams, as they have been attending on-campus lectures during the past month and had a better understanding of the University whereabouts. Cheers to the organizing committee for the well – executed team planning where each team included a student from the Architecture Faculty for the rescue. The creepy scares continued throughout with the second game flying into place. It started off with distorted audio clips which brought out a realistic haunted vibe. Mathisha was dropping messages through words and phrases for us to decode which was disturbed by Maathi, the ghost. Zoom sessions were held among group members at a time convenient to all members (which means that some meetings went well past midnight.) Surely, these activities stirred much enthusiasm among the teams and our energetic spirits were brightly fired up for the upcoming activities. A special shoutout to all the group coordinators for being such amazing moderators as they sparked up the zeal and enjoyment throughout with heaps of entertainment engulfing across the sessions. Moving along, the three leading teams were announced prior to the final event. All members were keen to bring their respective teams to the leaderboard.

The big event was held on the 25th of June at 5.00 pm. via Zoom. It was perhaps the most exciting and awaited one of all! It included mini events where we were allocated into breakout rooms to make a poster to get Maathi the ghost’s attention and explore missing words to complete a ghostly ritual. Lastly an array of eight customary rituals were placed down to the groups. 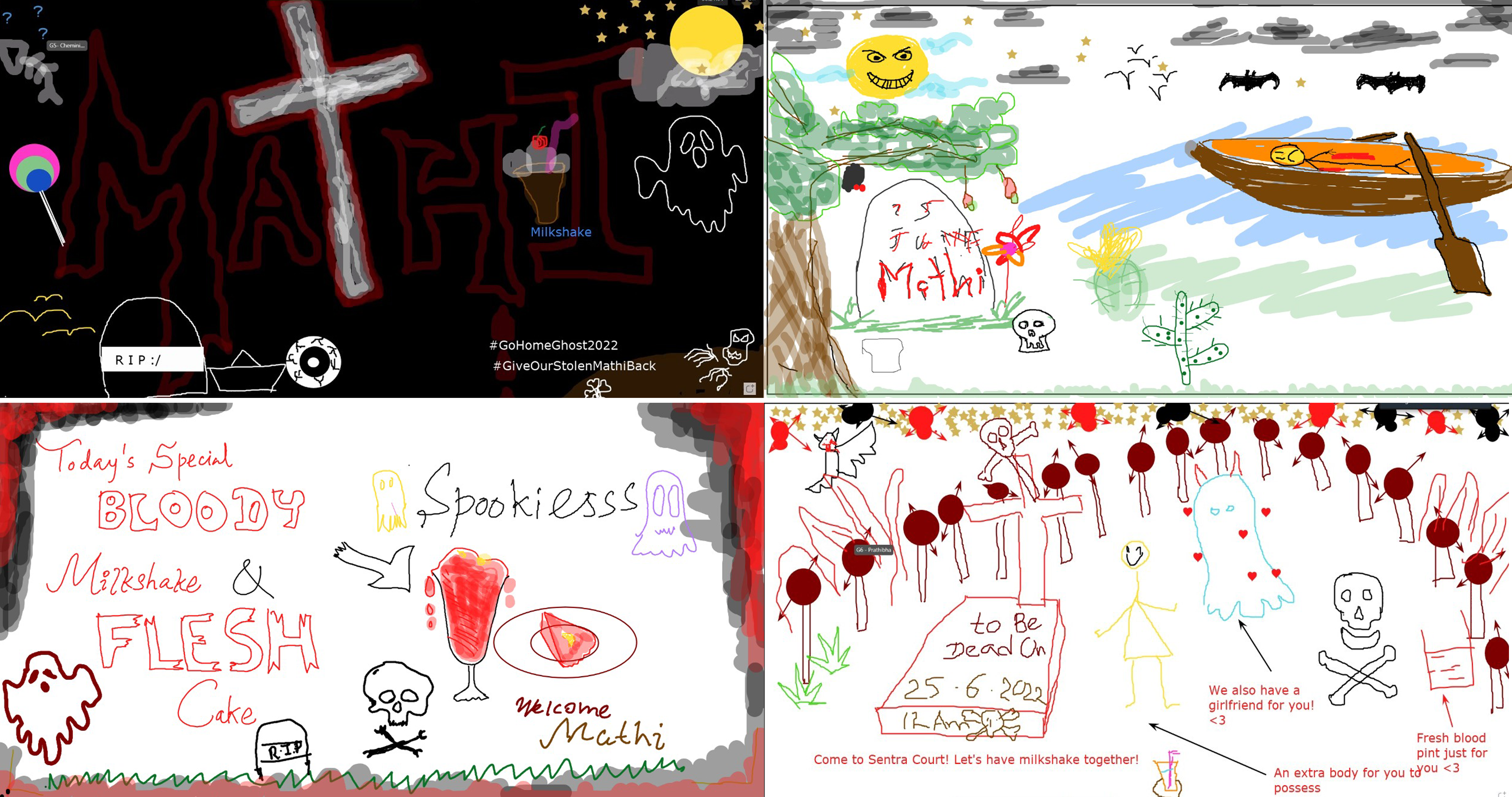 The rituals were a key highlight of the event, where all teams were armed and equipped with unique, and fun-filled ideas where some even pulled off cool costumes and some partnered Maathi with another ghost. These brainwaves were indeed convincing beyond measure and grasped a crowd of attention.

The event concluded with Gavelier Savin announcing the final results after having Gaveliers Dinidu and Jayoda evaluate all the ideas and perspectives that were shared. The leaderboard topped as 1st, 2nd and the 3rd with Phantom Repellent Squad, No Goks and We Who Shall Not Be Named, respectively. 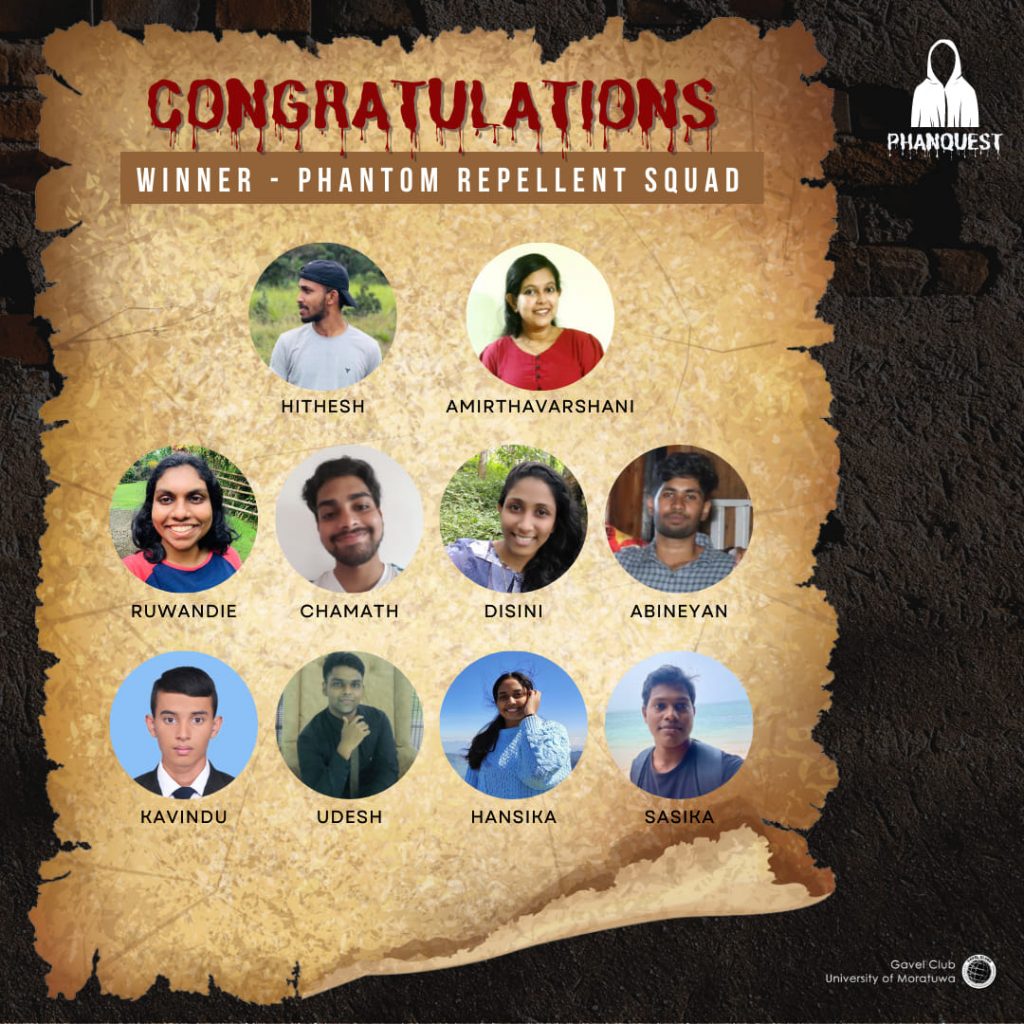 The curtains of this memorable event drew close with a spark of horror and smiles of delight that brought about team interactions and memories to cherish over the years. It was indeed an event to ponder throughout the memory lane of the Gavel Club. A big thank you and lots of gratitude to the Co-chairs: Anuki, Savin and Inodee, Organizing committee: Amithavarshini, Chehal, Dasis, Namina, Oshan, Saeedha, Thulasithan, Viruthshaan, Yathursiya and Pankaja, Group coordinators and to the fellow Gaveliers for making this event a PHANtastic one. This is about the happy ending of our Ghostly Gavel adventure! 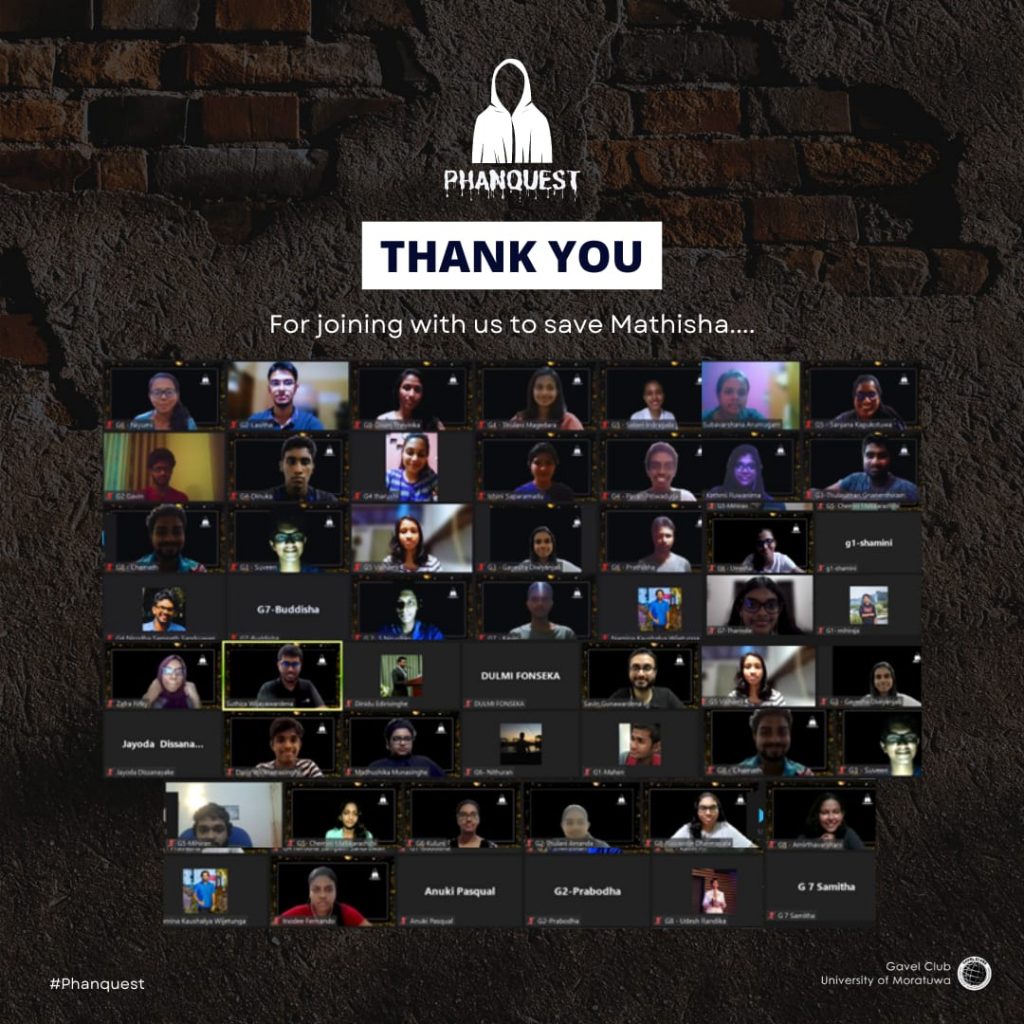