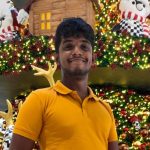 On that Sunday, all the Gaveliers were filled with excitement besides the irreparable feeling of loss. As people gathered at the Ramadia Ranmal, Hugs were shared and tears were shed. But most importantly, laughter was everywhere. Some were wondering whether they were overdressed or had put on a little too much makeup, while the others were talking their ears off.

Since it was the first time we were hosting a physical event in a while, it took some time to sort out all the technicalities and the meeting started a little later than 10 a.m.

The meeting began with the national anthem, and our dear President Dinidu Edirisinghe welcomed everyone and started off his last meeting as the president.

Unlike previous meetings, this time the round robin session had just one purpose. True to the long-standing gavel tradition, it was the time to bash the president. As the toastmaster for the day, Gavelier Jayoda started off by throwing fond yet sarcastic remarks towards Gavelier Dinidu. The toastmaster set this new objective to make the adored president shed tears of emotion from hearing all the fond speeches about him.

Some of the complaints brought up were,

“He doesn’t reply to our messages”

“He takes forever to finalize the flyer designs”

“He drags his meetings through the night”

The best bash was done by Thushara, when he shared a hilarious video with us to showcase the outgoing president’s brilliant acting skills. Though there were a few lighthearted quibbles, almost everyone was filled with admiration for the outgoing president. Everyone mentioned how he was a great leader, an amazing mentor, and a good friend. Even though almost every meeting had to be held virtually during his period, everyone found his presence to be always  welcoming and soothing.

The next session was the table topics session. And the table topics master for the day was none other than Gavelier Madhushika. There was a set of pictures of our beloved Gaveliers displayed on the screen and behind each picture was a phrase. The speakers had to pick a picture, and once the phrase behind it was revealed, they had to speak about it. As we were a bit behind the schedule, only a few people got the chance to do the table topics. Among those people were our alumni, including the Immediate Past President Amaya, Gavelier Chathumi, and Alumnus Kasun Ranasinghe. Paul and Akhila were the other lucky ones.

As was his norm, Gavelier Akhila went first and he spoke on “Overthink. Overpanic.” Gavelier Paul spoke on “I’ll be there for you.” and elaborated on how Gaveliers are always there for each other. Past Gavel President Amaya spoke on “We finally met!” and mentioned how she was excited to finally be at a physical Gavel meeting and meet all the new members. Alumnus Kasun delivered a humorous yet insightful speech on how people should give their best at every opportunity that comes their way. Finally, Gavelier Chathumi described the friendships at the university with a twist of humor.

After heart touching memories were reminisced and hilarious jokes were made, the table topics session came to its conclusion.

Then it was the time for our moderators, Gaveliers Saeedha and Malintha, to address the audience. After their introduction, we got to witness the year’s recap. Almost every person in that room ended up teary-eyed with that wave of nostalgia for the year that had just passed.

Following the year’s recap, a presentation displaying the achievements of the Gavel members was displayed, throughout which there was constant applause from the audience.

The outgoing Treasurer Mudith, then presented the Financial Report for the year 2021.

Now to what we have been waiting for… drum roll please….

Just kidding. We all know who won already. It was indeed Gavelier Niruthikka Sritharan. In 2nd and 3rd places were Shehan Paul and Selani Indrapala. The big reveal was the people who got the 4th and 5th places. They were none other than Gavelier Nathasha and Gavelier Dineth respectively.

Next up was the moment to reveal the Gavelier of The Year. The award was presented to Nirodha Sandaruwan who definitely earned the title with all his dedication towards the club throughout the year 2021.

The outgoing President, Dinidu then handed over service letters to the members of the outgoing executive committee and moved on to deliver his farewell speech.

He thanked everyone for their support in making the year 2021 the wonderful year it turned out to be, and shared the objective he had to make Gavel feel like a place where anyone could belong and feel accepted.

“Ladies and gentlemen, it has been an honor to be your president for the last year. And that’s me, Dinidu Edirisinghe, signing off.” With these final words, Gavelier Dinidu stepped off the stage.

It was yet another emotional roller-coaster which left us, the Gaveliers, speechless and secretly trying our best to wipe out the tears rushing from our eyes. 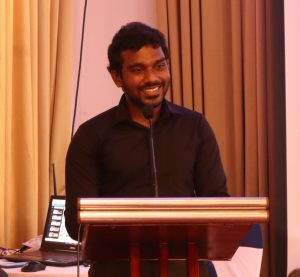 A new beginning follows every ending. It was finally the most anticipated moment of the day. It was time to reveal the President of Gavel Mora for the year 2022/23.

The people who paid careful attention to all that was going on would have known already,  because throughout the ceremony, some clues were revealed.

It was with the utmost excitement that we held our breath when they announced Suthira Wijayawardena to be the new President of the Gavel Club for the year 2022/23.

Gavelier Suthira was then welcomed to the stage where he officially assumed duties as President for the upcoming year. He then addressed the gathering where he spoke about how Gavel accepts everyone making it a comfortable place to everyone who is a part of this family. Then he ended his speech with a quote by Henry Ford, “Alone we can do so little, together we can do so much”.  He also mentioned his plans for the upcoming year, and got everyone excited and eagerly looking forward to the year ahead.

The newly appointed president then handed over appointment letters to the new executive committee for the year 2022/23.

With that, the newly appointed president, Suthira concluded the official proceedings of the 16th Installation Ceremony of the Gavel Club of University of Moratuwa.

Finally, at about 3 pm was the delightful lunch hour. Everyone was yearning for the scrumptious lunch that was served to us after all the excitement during the day. You didn’t have to tell me twice. I was the first in line for lunch.

Throughout lunch a video was played. It was a compilation of the funny incidents that had happened behind the scenes of the events that were organized throughout the last year. Special thanks to Gavellier Thushara who had made this video overnight without any sleep.

Eventually, when lunch was over, we enjoyed going around, chatting, and taking selfies with our fellow Gaveliers wishing that time would slow down and let us enjoy the day even more. Mentors and mentees met for the first time and took their long awaited mentor-mentee pictures.

When finally the group picture, not one but many, was taken, we were closing in on the end of the day. 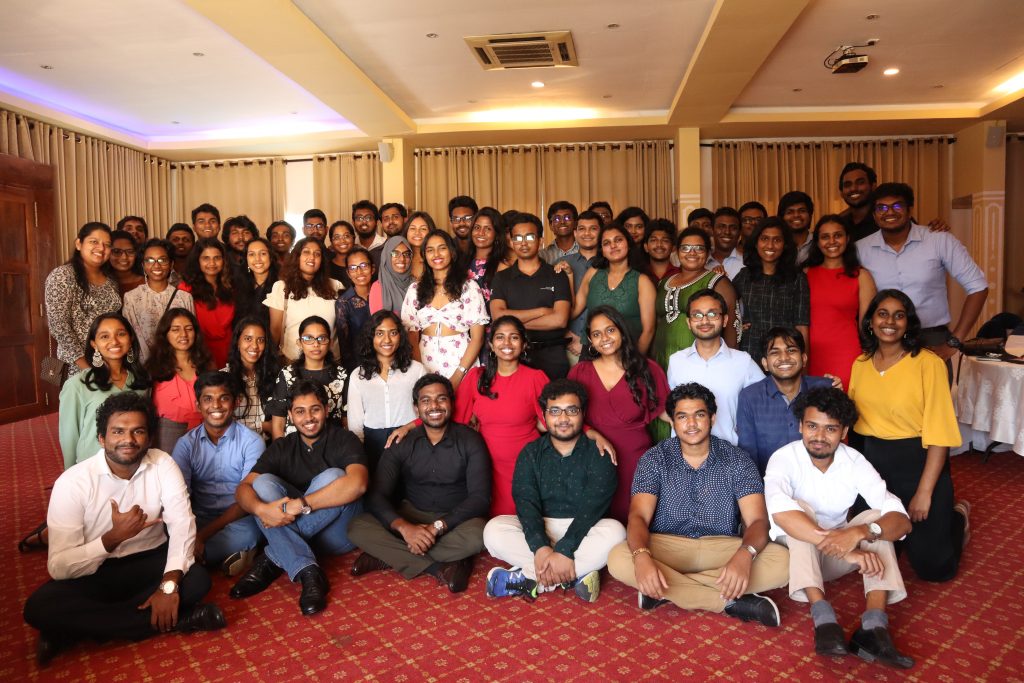 As much as we hated it, every good thing has to end sooner or later. Soon, it was time for us to leave.

Nevertheless, we are thrilled for the new executive committee and convey our heartiest wishes to them. We are prepared to embark upon the glorious journey for the upcoming year together with them.