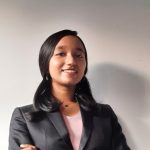 ‘Zoom link? Well, not this time!’, began the caption that baffled many, because 9th June was the day Gavel Mora broke the curse of having online Educational Meetings.

After a hiatus of two long years, the day we physically gathered at university finally arrived. By 5.00 p.m, everyone somehow managed to make their way to ENTC-1. Not surprisingly, even some who were from ENTC also had a hard time locating the premises while some others tried using Google Maps, as it was their very first time being there.

Needless to say, everyone was highly elated to see one another that they lost track of time. So just as any outbound Gavel meeting, the physical Educational Meeting too started a good 15 minutes late, but in style, by our president, Suthira Wijayawardena, who took centerstage and welcomed all. He reminded everyone of the physical meeting etiquettes, such as refraining from entering the hall or chatting during a speech, and putting the phone on silent. Then, ‘BANGGG’ went the gavel and the meeting was called to order. As is customary, the national anthem was sung next, and the president introduced the Toastmaster of the day, ‘An enthusiastic gavelier, who likes to hang around in Kaju Kale’ and handed over the gavel to me (Poor single me, didn’t know it was a hotspot for lovers!).

For the past two years, university has been inside our laptops, right? Instead of physically setting foot on university soil, we switched on our laptops. Instead of physically attending Educational Meetings, we searched for zoom links on WhatsApp groups at the very last moment, haha. This set the stage for the meeting theme, ‘University – in person’, which I further elaborated. 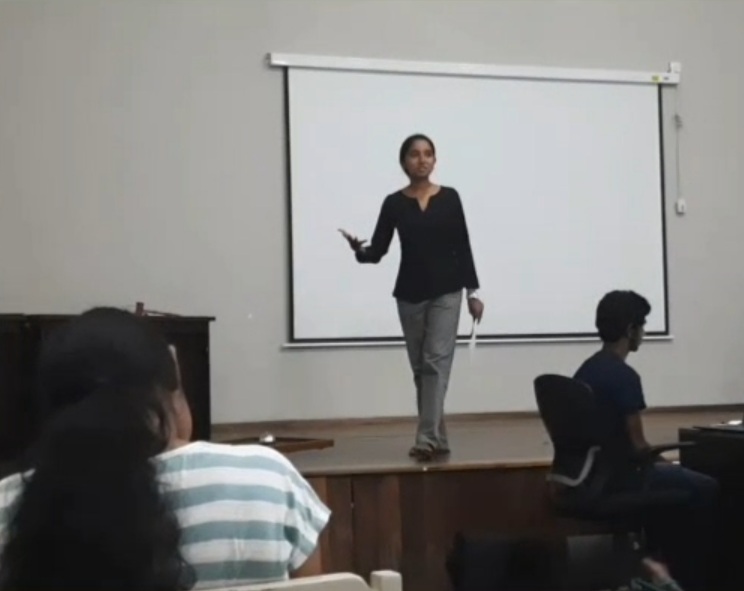 Then I invited our role players to explain their roles by revealing their hangout spots on campus. Our Ah Counter, Yathursiya whose natural habitat was the library, went first. Our Timer, Oshani, known for her punctuality was to be found in the ENTC building, although she’s from CSE. Next our Grammarian, Thulasithan, who prefers to be found in an exceptionally romantic place with his girl (if he ever gets one), took an unconventional approach to emphasise the importance of grammar by sharing a presentation and further explaining the word of the day, ‘ineffable’. Finally, our General Evaluator, Namina, whom you’ll find in the food court until midnight, described his role.

Then the much awaited Round Robin session was conducted under the topic, ‘The best physical memory you had at university’. Everyone burst into fits of laughter listening to one another’s mischief. To mention a few, Nithuran had sneaked into the Orientation programme held at the Electrical Department just to devour their food, and Namina related his Kaju Kale adventure during a blackout and how he freaked out when Jayoda screamed and Kasun summed up everything by saying, ‘There were many ineffable and effable memories at university’, which was indeed relatable. We were touched when some 21 batch newbies said that it was their first physical memory, hence the best one so far. Then the Round Robin session came to an end with the hall rising with energy and echoing with rounds of applause as the WOTD was used many a time.

Then it was time to hand over controls to our Table Topics Master, Chehal, who said that he always wanted to  hang around in the Lagaan although he had not been there yet. Chehal briefly familiarised everyone through the topics he had prepared for the day, and almost had a mini heart attack when he received an overwhelming response of volunteers to do speeches, which he meticulously overcame later.

Namina unsurprisingly started off by picking a surprise topic, ‘How to live a healthy life?’. He explained how he began his day with a healthy meal from breakfast to lunch but ended up spoiling himself with an unhealthy dinner, further emphasising that a balance is required to live a happy healthy life. Amirthavarshani went next with yet again a surprise topic and mesmerised the audience on the topic, ‘Do it with passion or nothing at all’. Then Nithuran shared his first semester exam miracle, which was indeed the postponement of exams, on the topic, ‘The last time you felt lucky’.

‘Are you comfortable?’, questioned Chamuditha in his extensive speech on, ‘Don’t judge a book by its cover’, an unspoken taboo topic covering transgender rights in solidarity with Pride month. ‘I was alone and I heard a sound…’ was 21 batch newbie Chemini’s hilarious speech topic where she entertained us with a personal anecdote. Then whilst facing her greatest fear at the very exact moment, Tharindie bravely spoke about her fear of public speaking, which deeply resonated with everyone.

Many more 21 batch newbies rocked the stage thereafter. Theresa delivered a heart-touching speech on, ‘The murderers of mother nature’ and smartly connected it with the very reason she chose her degree program. Mineth received the next spotlight and spoke on, ‘Has your greatest fear ever come true?’, proving that the best way to overcome one’s fear of speaking is to simply take the plunge and speak, in other words, JUST DO IT!

‘If not now, then when?’ was Udesh’s thought-provoking speech pressing the urgency for new innovations amidst the current power crisis. Wrapping things up, Odil confidently hit the stage and delivered a timely speech on the hot topic, ‘Renewable energy sources: the new petrol?’. Consequently, the table topic session concluded on a high note, with many hoping to grab the chance next time at least!

Then the insightful table topic evaluations by our eloquent past president Amaya and limitless gentleman Paul commenced. Afterwards, Chehal thanked everyone for their enthusiasm and handed over the gavel to me for the final proceedings.

HOLD ON! Meetings at Gavel Mora don’t end so soon. This time everyone got the luxury of witnessing a rare historical occasion. A CC10 speech, LIVE ON STAGE! To do the honours, Mommy or rather famously known as Mother of Gavel, Madhushika introduced her beloved mentor with his topic, ‘You are getting old, tired and ugly’.

Kasun Ranasinghe used a vivid analogy of a big joyful raindrop, which fell on his window and grew smaller over time, depicting how we all start our lives full of joy but eventually grow old, tired and ugly (and develop long-distance relationships with our beds). He further explained, when that one raindrop was at the verge of giving up, another raindrop bumped in and formed a connection, making it bigger, joyful and full of life. Life is not very different from that lifeless raindrop, because the connections we too make with our loved ones make us feel young, energetic and beautiful. Thus he urged us to cherish those connections and be that connection for someone else!

Then with high spirits, everyone stood up and gave a standing ovation to Kasun Ranasinghe for the successful completion of all ten speeches. That was not it, for many gaveliers from older generations, including Dinidu and Jayoda were inspired to embark on their CC1 speeches afterwards.

After a meticulous thorough evaluation by Kasun’s dear mentee Madhushika, the role players delivered their detailed reports and finally the gavel was passed to the president. The president concluded in a high pitch, ‘Do you want more physical gavel meetings?!’ ‘YAAAAAAAAS’ screamed the crowd. ‘BAAANGGG’ went the gavel and the 475th educational meeting successfully ended.

A huge bowl of biscuit pudding was the treat of the day, which didn’t have a single chocolate stain left at the end. Just like that the curtains closed for the day and everyone left with cheerful spirits and fingers crossed for another physical gavel meeting. 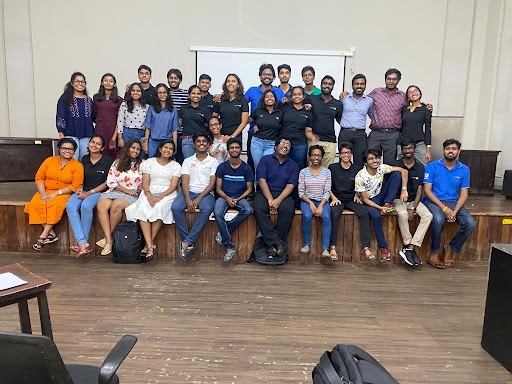