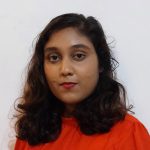 Come with me… And you’ll see… A Five Hundred Year Death Anniversary.

“My lady, there was a small mixup with the mails, please forgive me for I have wronged you. I will personally punish the mail demon tonight.”

And this is exactly how a bunch of pesky humans entered the five hundredth death anniversary of the Bent Neck Lady, the inhabitant ghost lady of Gavel Manor. And guess what? The lady was far from ecstatic. The fact that her Soul Reaper had the insolence of committing mistakes on her death anniversary, let alone the magnitude of the offence, had infuriated her. If not for the Soul Reaper’s cunning idea of getting fun out of the hopeless mess, it would well have been his end.

So the game commenced. Convinced by the soul reaper that this could be a great idea, the Bent Neck Lady decided to attend to the petty crowd herself. She decided to question the intruders for reasons, if any, on which she should leave them untouched. The game hyped up as all the human intruders had dressed themselves up as devils or demons, as it happened to be the Halloween night itself. Though the lady knew very well that these were imposters, it started to look like she somehow started to enjoy the lies of the bewildered lot of humans. Not that she didn’t get angry once or twice, when a few humans went too far to claim themselves above her ghostly ranking. Yet at the end, it seemed that each and every human intruder had passed the test!

Though the lady enjoyed the little show, she would have been much more enthused if she could kill one or two, who had failed the test. But as there was none, and the lady was indeed a lady, keeping her word, she had to let go of the humans for the moment.

Yet, the cunning plans of the Soul Reaper were not at an end! Presently, he suggested dividing the humans into groups called the Demons of Hell, the Sirens of Ogygia, the Ghouls of the underworld, the Furies of Tartarus and the Krakens of Pacific and making them fight each other while being imprisoned in horrible dungeons; a foul free way to get most of them killed. First, they were asked questions to check whether  they were aware of the life of the dead and devils. There were questions varying from common knowledge to specific knowledge of movies featuring ghosts and other dark creatures. To make sure that the contestants had a hard time answering the questions, the Soul Reaper had imposed a time limit that they had to adhere to that made everyone’s heartbeat a bit faster. The platform of trivia proved to be a nice selection for this to take place without error. To make sure somebody fails, there was a follow-up game called ‘Spot The Ghost’, where the humans had to identify a ghost that was hanging around quickly and without making mistakes.  This proved to be an even more fearful experience as these were all normal humans, not specifically learned ghostbusters.

Anyhow, that phase was also done very well by the intruders. Having been waiting to feast on at least one human for a long time without luck, the Bent Neck Lady had got extremely annoyed by the time. She screamed with anger and cursed the soul reaper loudly and disappeared, bidding the soul reaper to take care of “this mess”.

So the soul reaper got into work, determined as never before this time.He presented the crowd with a few topics on which they can speak. This was a voluntary activity and if the humans had any intention of returning home, he said, they should participate. They would be assessed according to their speeches. So the enthusiastic crowd went on to speak on how they wouldn’t want to get cursed to be either deaf or blind, and whether they would take up public speaking or skydiving. Meanwhile, one went on to explain how to survive a zombie apocalypse. The human who was disguised as Celeste was brave enough to take up a surprise topic and she was indeed surprised by the sudden grant of power she got; to stop time for an hour. Kavindya shared a memory, making the already terrified crowd even more affrighted. She was casually talking about how her school was haunted. Real M. was also keen to answer the question of whether he’d rather be blind or deaf. He had decided that being deaf is better than being blind.

Lucifer shared an embarrassing experience he faced when he once decided to tread the mortal world. Apparently, he also has got family problems! The Good Captain decided to send shivers along the spines of the mortal gathering by explaining a real life experience of living in a haunted house. Even Bloody Tears looked frightened to explain his horrific experience in Australia, where he visited a cave where so many had lost themselves in ancient times and never made it out. And Emily was considering possessing a famous couple, to commemorate her days alive. Arani was also trying to help the crowd to survive a zombie apocalypse. According to her, you should never trust anyone in such circumstances. Morticia Adems had visited a haunted cemetery just to pick some ripe mangoes. The crowd looked alarmed, but also was laughing at this confession. Judging by her enthusiasm, Sarani looked like she would give anything to leave the place alive. She gave her best fight indeed.

But this session was not enough. The lady was too terrifying to believe that this petty effort would satisfy her. So the Soul Reaper, as always, came up with a challenge. Demonizing; have you ever committed any of these mistakes? Then mortal, your time has come, for you will be demonized at once. Only a petty two  could survive demonizing, and this proved to be the most efficient strategy that was ever planned by the Soul Reaper to get rid of the pack of humans.

Finally, there was a competition to select the best dressed person as well. Gavelier Shehan Paul dressed as Thoth: the Egyptian God of Wisdom was selected for this title by a reputed alumnus of Gavel Club of University of Moratuwa. Eventually, it was time to collect all the marks and select the winning group . The winning group was the Sirens of Ogygia. And by the time the lady returned, the rest of the three groups were ready to be feasted on. The winning group returned home, never to even look back at the manor. 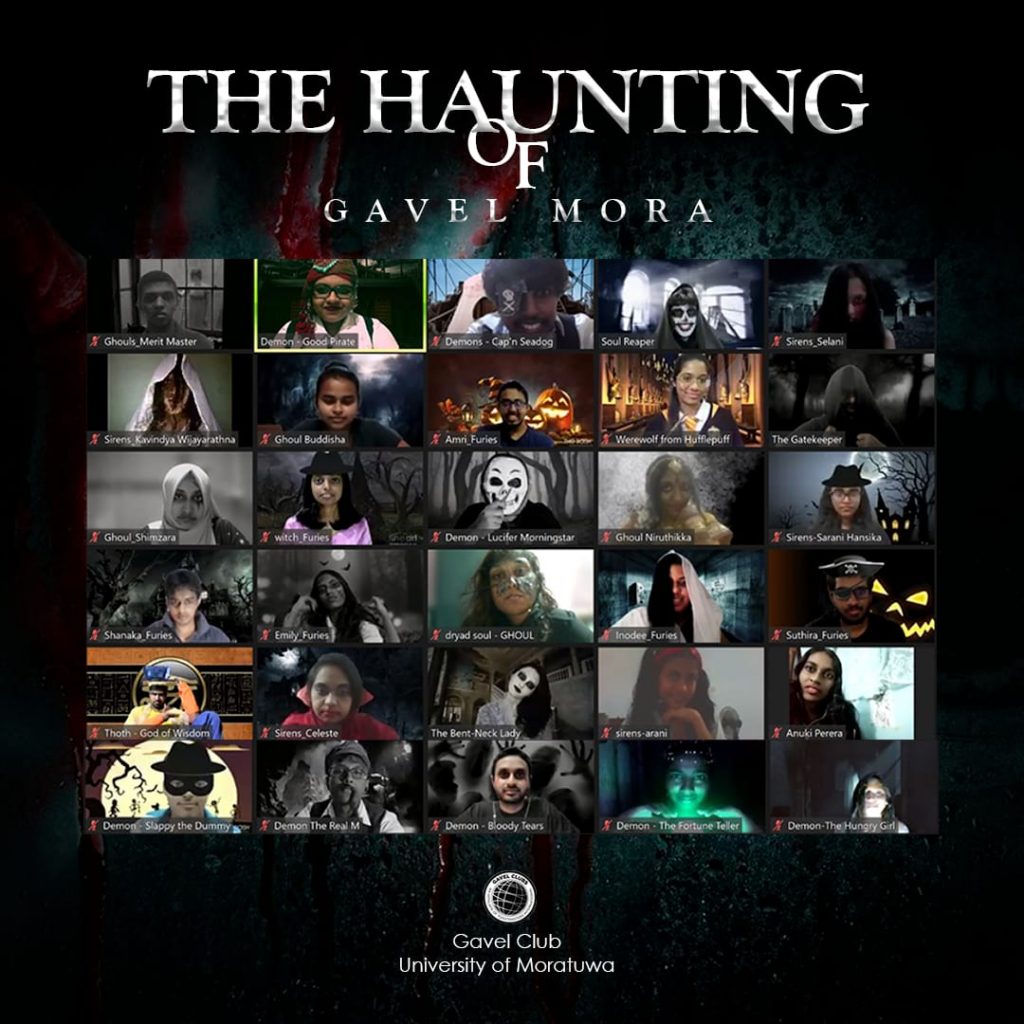