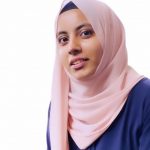 On the 8th of March, a flyer commemorating Women’s Day was shared on the Gavel Mora Whatsapp Group.

It was that time of the year again when we expressed our appreciation to the most beautiful beings in our lives. As per the recent practices, the Women’s Day themed Gavel meeting was held through Zoom on the 12th of March. 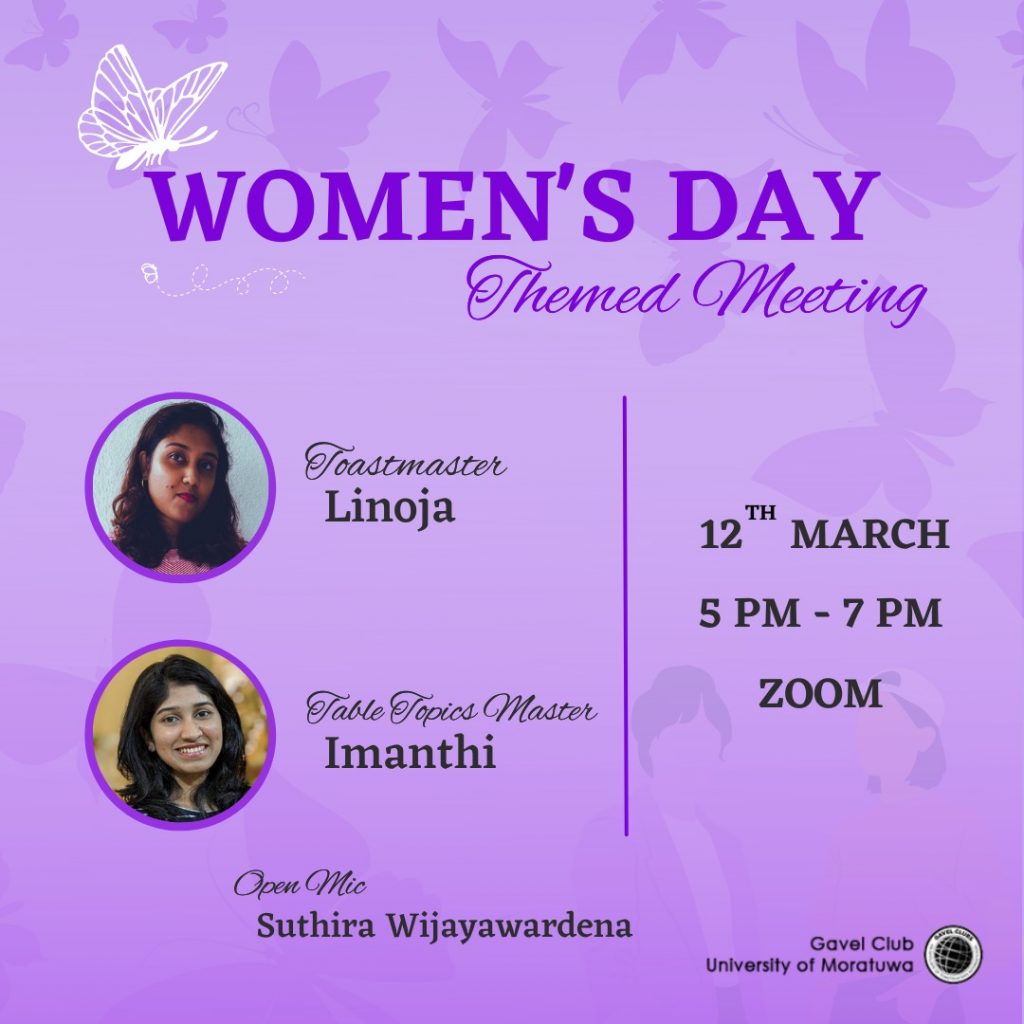 This was the first meeting after the Executive Committee for the year 2022 was elected. The meeting was called to order by the president, Suthira Wijayawardena, as is customary.

Suthira stressed the significance of upholding the powerful women in our lives by doing everything we can to #breakthebias. He reflected on the famed novel, “The Village by the Sea”, highlighting how Lila, the protagonist, opted to continue in the face of adversity and seize any chance that came her way merely to make ends meet for her family.

With that, the meeting’s control was handed over to Linoja Mendis, the Toastmaster of the day.

Linoja started off by introducing the role players for the day. As Gaveliers, we look forward to the round-robin session since it allows us to hear from everyone who is present at the meeting. We were excited to see what Linoja had planned for us that day. 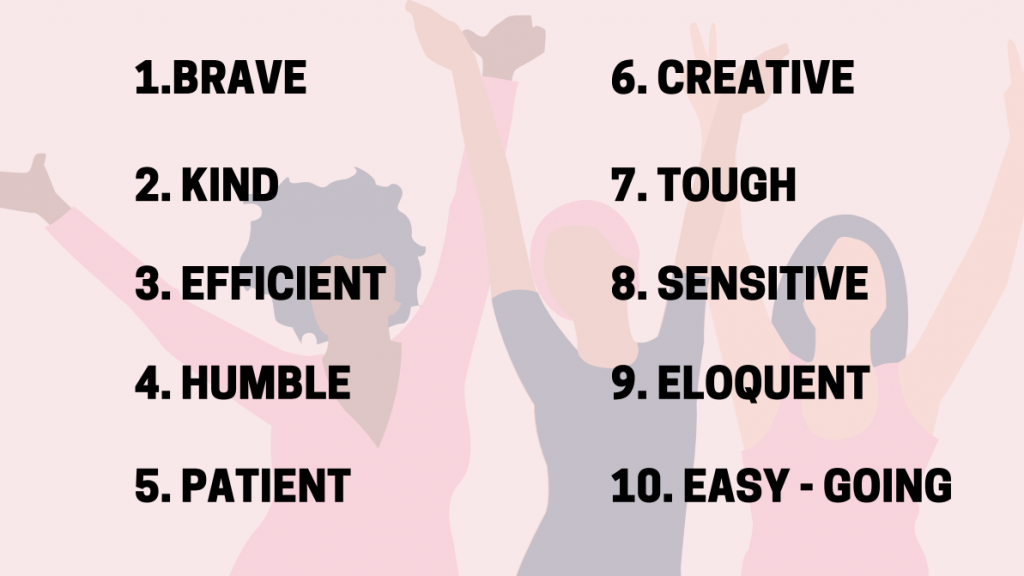 Most of us were put in a difficult situation when asked to share a story about a significant woman in our lives who related to any one of the words above. We thought it would be impossible to describe such an important woman in one word. Most of us decided to talk about our mothers, who, amidst all of life’s chaos, nourish our wandering souls. Some of the gaveliers also shared with us their admiration for their sisters, grandmothers, teachers, and even our very own gaveliers.

Following the round-robin session, Imanthi, our Table Topics Master for the day, unfolded the Table Topics session for the evening. 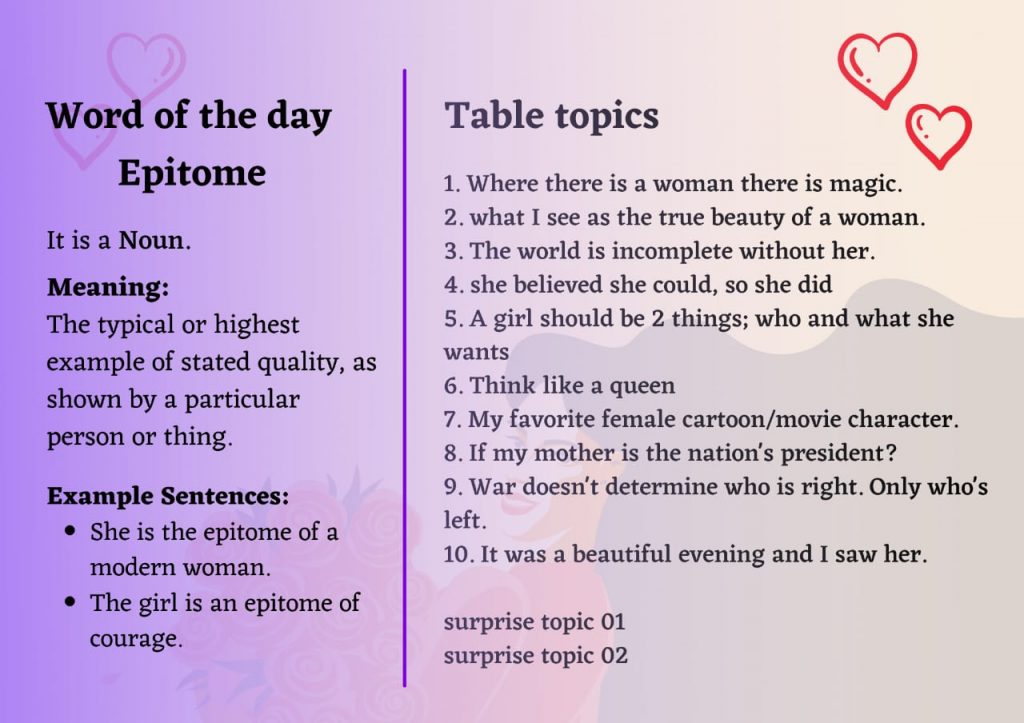 Amirthavarshani kick-started the session picking the surprise topic, “The rise of women is not about the fall of men.” She delivered a thought-provoking message to us, emphasising how as a society, we have failed to achieve our objectives.

Namina, who also chose to go with a surprise topic, shared a heartfelt speech on the woman who inspires him the most – his mother. Ahmas took off by questioning the audience.

“How many of you think that one day is enough to celebrate the women in our lives?” He further took a walk back in history recollecting the stories about the very first female Prime Minister in the world, Srimavo Bandaranayake.

Sadhana shared with us her view on what the true beauty of a woman is. She believed that true beauty radiates from the inside with the positive traits and qualities a person brings and shares with the world.

Damika opened his address with a song, and went  on to say that a woman is a society’s epitome of boldness. Janandan who chose the topic “She believed she could, so she did,” shared an inspiring story from his very own life. He spoke on how his mother’s fortitude was what gave his family colour and optimism in the face of adversity.

Viruthshaan went on to describe what it would be like if his mother was the  president of this country. He was confident that she would go out of her way to improve the citizens’ quality of life. Muditha, despite his disappointment at missing out on the surprise topics, gave us a rundown of what he appreciated in his favourite cartoon character, Anna of Arendelle from Frozen. Anuki went on to explain how she had always been captivated by the minor characters in stories, who were most often women.

“Behind every successful man there is a woman, behind every successful kid is a mother and behind my success there is the magic of my mother,” Dulmi began. Like many of us it was her mother who championed her during her tough times. Subsequently, Nirodha shared with us the sacrifices made by our mothers who never fail to put our happiness before their struggles at all times. Nirmal too believed that he wouldn’t be able to get through a single day without the support of the women in his family.

Yathurshiya and Umesha spoke about body shaming and how anyone could be subjected to it.

Chamuditha began his speech by reading a list of the most significant ladies from the Gavel Club’s previous and present executive committees. He praised all these women for delivering on their promises.

Consequently, we reached the end of a lively table topics discussion.

Since the second half of the 20th century, women’s labour force participation has grown significantly.Today, women work longer hours and pursue higher education in greater numbers. However, despite this progress, significant pay gaps between men and women persist.

Were there logical reasons for this unresolved issue?

What are the industries with the highest pay gaps?

What remedies have been suggested so far?

Suthira booted the open mic session by sharing his findings on the subject. 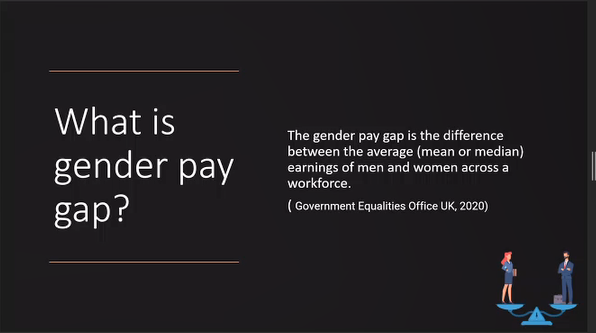 When asked to guess which industry has the largest gender pay gaps, the majority of us said that it was most likely the construction and engineering industries. However, we were astonished to see that, according to the polls conducted, it was most common in the finance sector. The statistical numbers in the education and IT industries too were similarly high.

Suthira’s presentation concluded with an informative Q&A session following which all the evaluation reports were taken.

With that, the  464th Educational Meeting of Gavel Mora concluded with everyone having resolved to cherish the beautiful women in their lives a little more on a daily basis.

Let us take a stand, speak up, #breakthebias, and share our stories! 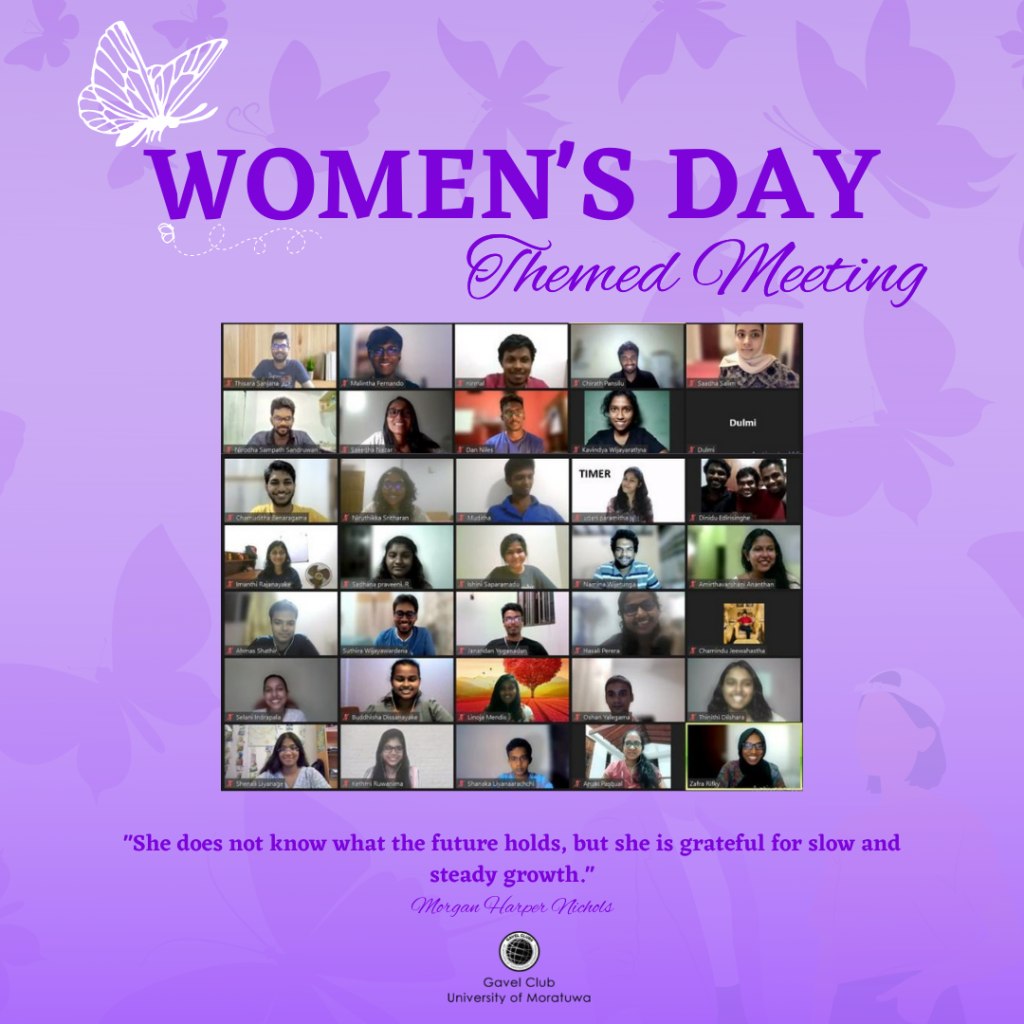