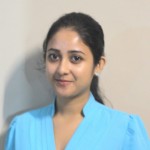 When one era ends, before the dawn of the next, we usually tend to look back at the past. The 10th installation of the Gavel Club of University of Moratuwa thus began at Queens Café, Mount Lavinia with a reflection of the past year. The event inaugurated with a video featuring the achievements, fun times and memories. Followed by the video was, what is usually considered to be the most awaited event of the Gavel installation, “The President Bash”. The session revealed many colourful facets, and a few daring escapades of the President, Vibhanu Arachchige. Not only did the crowd enjoy bashing the president, they also made it the opportunity to unveil his leadership qualities and his good deeds.

The Gavel installation is that one day in the Gavel calendar when we get to bash each other. The Table Topics session was conducted in two parts; one being the normal table topics that one can pick and speak of, and the other being picking a chit of paper and bashing the person mentioned on it. While most of the speakers went for the bashing session, some also did go for the ordinary Table Topics. It was an interesting session conducted by the two Table Topics masters Hasindu and Samavath. In this session we also had speeches from the guests of the occasion, DTM Srianthie Salgado and the guests from other invited Gavel clubs.

Following the Table Topics session was the presentation on the events of last year which evoked nostalgia. The past year was considered to be a year of achievements with,

Gavel Club is one big family, and every year we take a moment to appreciate each other’s achievements.The next event on the installation agenda was recognizing of the achievements of club members. This was followed by the presenting of the “Gavelier of the Year award” won by Rochelle Silva.

“Gavel is a wonderful community full of musicians, athletes, writers and diverse high-calibre individuals and it’s an absolute honour to be leading them. I’m grateful to the club for all the things I learned along the way and I can assure that I wouldn’t have been nearly the same person I am today if not for Gavel”. After his acceptance speech which demonstrated his passion and commitment towards the club, Merl introduced the new Gavel board.

Followed by that was the Dinner and Entertainment thus marking the beginning of the next Gavel year.

Role-players of the day