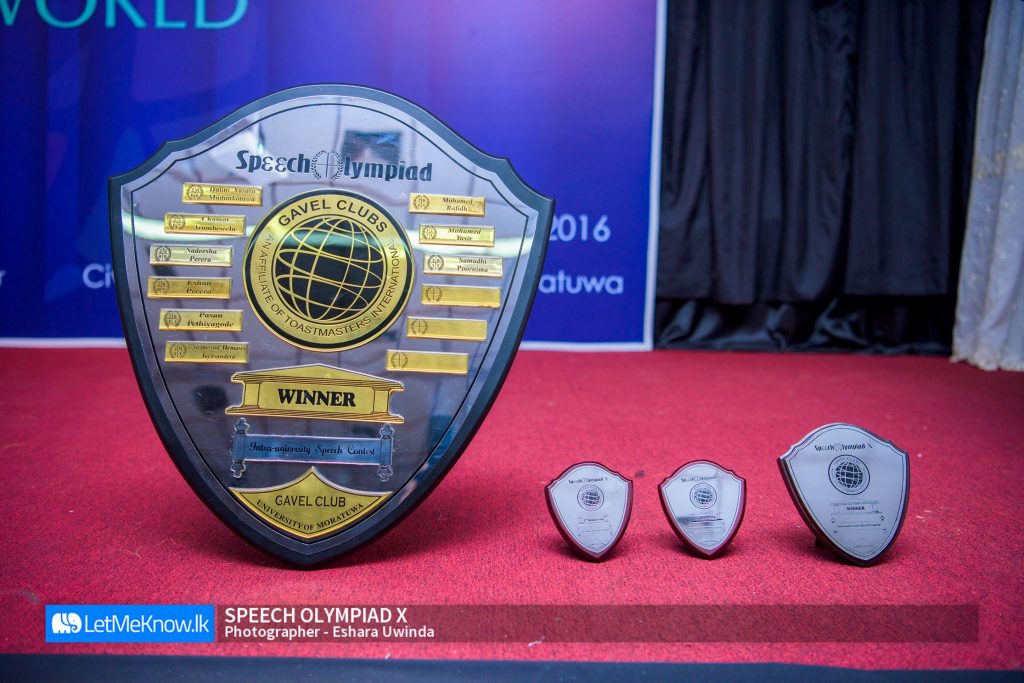 Speech Olympiad is the flagship event of the Gavel Club of University of Moratuwa. This is the only English language speech contest within the university and draws participants from all three faculties of the university. Since its inception in 2005, this event has gone from strength to strength and now has become one of the most eagerly anticipated events in the university calendar. In a context where proper communication is of utmost importance in any industry, Speech Olympiad championship has become a crown which all the young undergraduates battle for. The encouragement created by the staff members over their students to participate in this contest has resulted in continuously increasing participation from all departments.

Over the past eight Speech Olympiad contests it has been proven that the Speech Olympiad uncovers the hidden talents among the undergraduates of the university. There is a high diversity among the winners and finalists, which proves that the interest on the event has penetrated across undergraduates of all disciplines in the university. Numerous winners and finalists of the Inter-University Best Speaker Contest and the All Island Best Speaker Contest have been proud discoveries of past Speech Olympiad contests.

The Grand Finale of Speech Olympiad is held in front of a packed audience with a viewership of over 500 spectators. The audience of the event comprises of distinguished invitees, Toastmasters, professors, senior lectures and students from all departments and institutes of the university. The winner becomes the best speaker of the year in the university and his or her name gets etched in the glorious SPEECH OLYMPIAD CHALLENGE SHIELD.