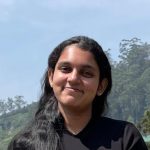 “A leader is one who knows the way, goes the way and shows the way.”

Unlike usual Sunday mornings, on Sunday the 6th of February, all our dear gaveliers gathered around virtually, to join the most-awaited Leadership themed meeting on ‘Purposeful and Meaningful Leadership’, which was done in partnership with Unilever Sri Lanka, who is our strategic partner.

It was exciting to see a bunch of newbies having joined the meeting in the hope of stepping up their leadership game by polishing their soft skills.

Follow me as I guide you through the proceedings that helped bring it to fruition.

As per convention, our president Dinidu Edirisinghe kick-started the meeting by imparting his precious words of wisdom on Leadership, into the minds of his young and enthusiastic members. Soon the control was passed on to our Toastmaster of the day, Selani.

After introducing the role players for the day, Selani initiated the round-robin session with the question “Who is your favourite leader, and what quality of theirs inspires you?”.

It was thrilling to hear our Gaveliers’ inspirations, starting from Steve Jobs to Ron Weasley to even Hitler (I know, right). As some of our Gaveliers picked their immediate family members as their role models, a few brave spirits didn’t hesitate to pick even themselves. But the leader of the day was won by none other than our very own president, Dinidu, whose face was flushed in pink upon hearing how chill and humble of a leader he was.

Next came the most anticipated part of the meeting, the activity round. Selani unveiled the leadership based case study and all participants were split into six breakout rooms headed by their room masters: Inodee, Sandil, Yathursiya, Kethmi, Umesha and Oshani.

The teams were asked to propose how they would lead a group of fellow undergraduates who are in charge of organizing the orientation for the next intake, with two members of their organizing team, Somapala and Ingarika, being faced with some problems: Somapala having undergone a recent break-up and Ingarika being frustrated over not being appointed as the team leader. 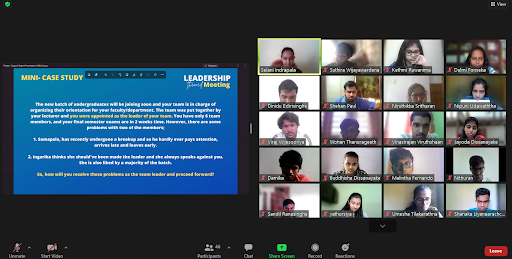 After almost half an hour of discussion, our innovative teams came up with solutions such as: paying close attention to Somapala and providing him emotional guidance whilst keeping him busy with the orientation work, offering Ingarika a notable position so that the group’s collective goal is achieved by her added dedication, etc. Some witty minds even suggested setting Somapala up with Ingarika. Nonetheless, this segment was filled with fun, enthusiasm and excitement. 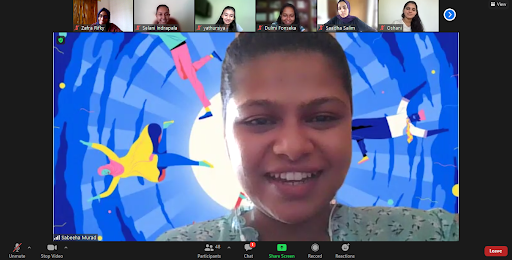 Next, the highlight of the day, our guest speaker Miss Sabeeha Murad, Assistant Manager of Employer Brand, Talent and Organization of Unilever Sri Lanka was brought to the spotlight to enchant these young and inquisitive minds with her address on ‘Purposeful and Meaningful Leadership’. It was brimming with ideas on how to manage a group of people effectively and successfully.

She also shared an insightful video where the well-known author and motivational speaker Simon Sinek points out the difference between a boss and a leader. Her keynote was that leaders should not be authoritative and autocratic, but rather submissive and selfless. She brought to limelight that the heart of good leadership should be the intention of serving others. However, Sabeeha’s humility and cordiality did not fail to win everyone’s heart.

As the proceedings came to an end, controls were handed back to president Dinidu, who delivered the vote of thanks and officially concluded the meeting by striking the Gavel. 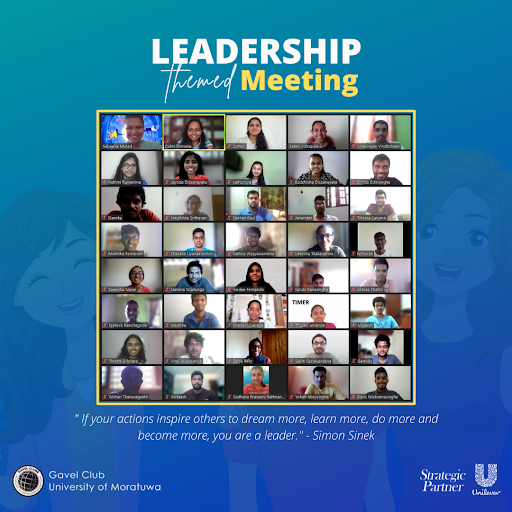