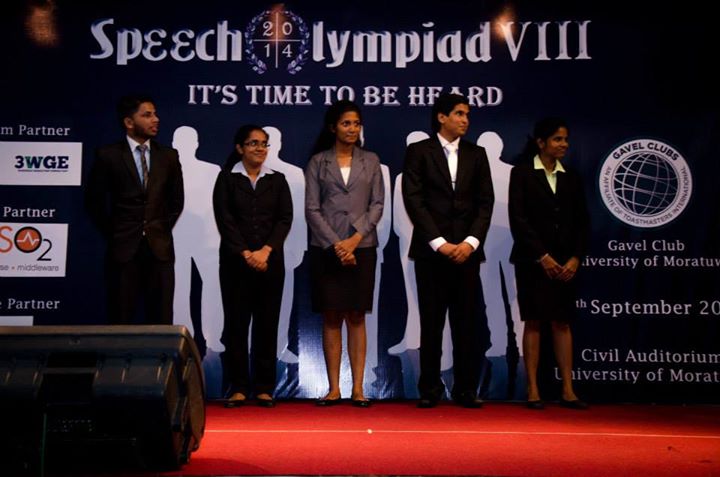 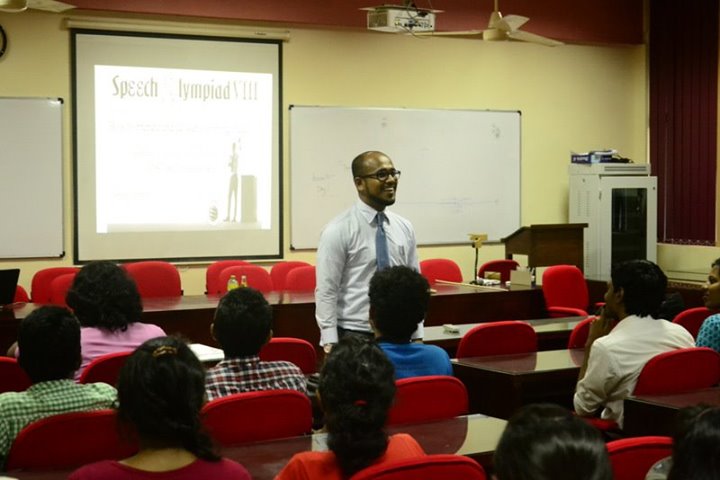 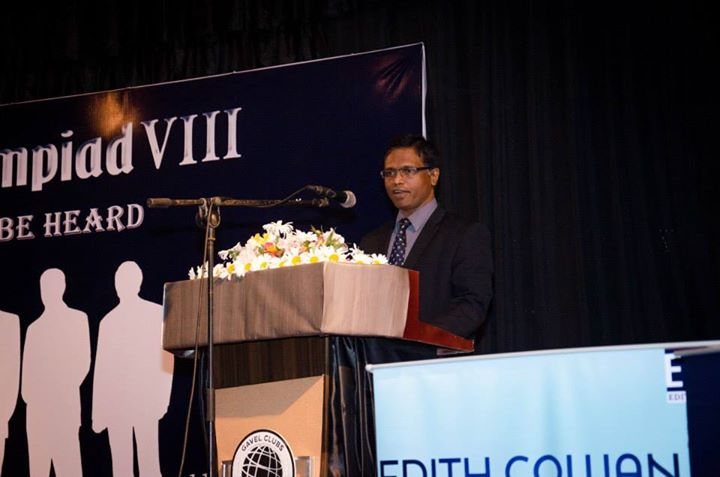 With a lot of hard work to reach perfection, many hopes to accomplish, many hearts to win and many cheers to hear, numerous competitors thronged to the stage of the eighth installment of Speech Olympiad, the much awaited intra-university speech contest of the University of Moratuwa.

Under the tagline of “It’s time to be heard”, this mammoth project kicked off under the leadership of Gaveliers Hasindu Siyambalape & Sirimevan Jayasundera. The organizing committee was supported by 3WGE as the Platinum sponsor, WSO2 Lanka Private Limited as the Silver sponsor and Sri Lanka Telecom as the Bronze sponsor.

The preliminary round of Speech Olympiad VIII marked a record number of forty two undergraduates from all faculties and affiliated educational institutes of the university out of which twelve outstanding speakers were selected to be semi-finalists. After a highly competitive semi-final round, five extremely talented speakers made their way to the Grand Finale. During the course of the competition, the participants were coached by prominent Toastmasters including TM Sandun Fernando and DTM Srianthie Salgado.

The five finalists: Mohamed Yasir (Department of Civil Engineering), Jayani Sudusinghe (Department of Transport and Logistics Management), Chamanthi Jayaweera (Department of Chemical and Process Engineering), KaushalyaBatawala ( Engineering Common Intake of Year 2013) and Piyumi Bandaranayake(Department of Transport and Logistics Management) demonstrated a tough battle of voices in front of a massive audience comprised of academics, Toastmasters,undergraduates of University of Moratuwa and invited universities, corporates, and parents. They enthralled the audience with five prepared speeches and five impromptu speeches. While displaying the power of persistence and undaunted courage, Mohamed Yasir emerged as the winner of Speech Olympiad VIII. Kaushalya Batawala and Piyumi Bandaranayake were the 1st runner up and 2nd runner up respectively.

The panel of judges comprising of Distinguished Toastmasters was led by Toastmaster Yusuf Jeevunjee, the District Governor of Toastmasters District 82. In the address by the chief guest, the Vice Chancellor of the University, Professor Ananda Jayawardane, the Gavel Club was praised for the outstanding work done by it to make the undergraduates not only good public speakers, but also to develop numerous other attributes they need as professionals and leaders.