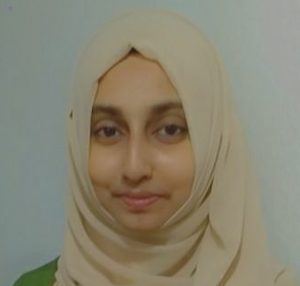 It all began when Buddika started panicking about his friend not showing up at the university.

Organized by the gaveliers of batch 19, ‘Whodunit’ was a mini sleuth experience provided to the freshmen to mingle with each other. Around 50 gaveliers from batch 20 registered for this event. The investigation unfolded during a full week with the registrations closing on the 25th of April to the 1st of May.

The enthusiastic gaveliers were divided into 8 teams of six. A series of activities, clues and information which was based on solving a sinister crime was provided to the teams on different days.

Deducing the culprit behind the vexing missing mystery of Pankaja Ranasinghe was never too difficult to anyone who kept their eyes open wide for clues, trusted their hunches, tactfully interrogated the suspects and attended the courtroom trials.The clues, suspect and police statements were all provided in stages to the skilful detectives.

On the 26th of April, the appointed group coordinators from the organizing committee created Whatsapp groups for each team. The team members were made to break the ice between themselves and decide upon a name for their team by the next day. And the 8 teams were named,

On the 27th of April, the first activity was provided to the students. University Trivia was one heck of a puzzle to solve.

On the 29th of April, the second activity was shared. Pictures of 2 crime scenes were provided and the teams were asked to justify whether they were murder scenes or suicides. Scores were provided to the justifications. 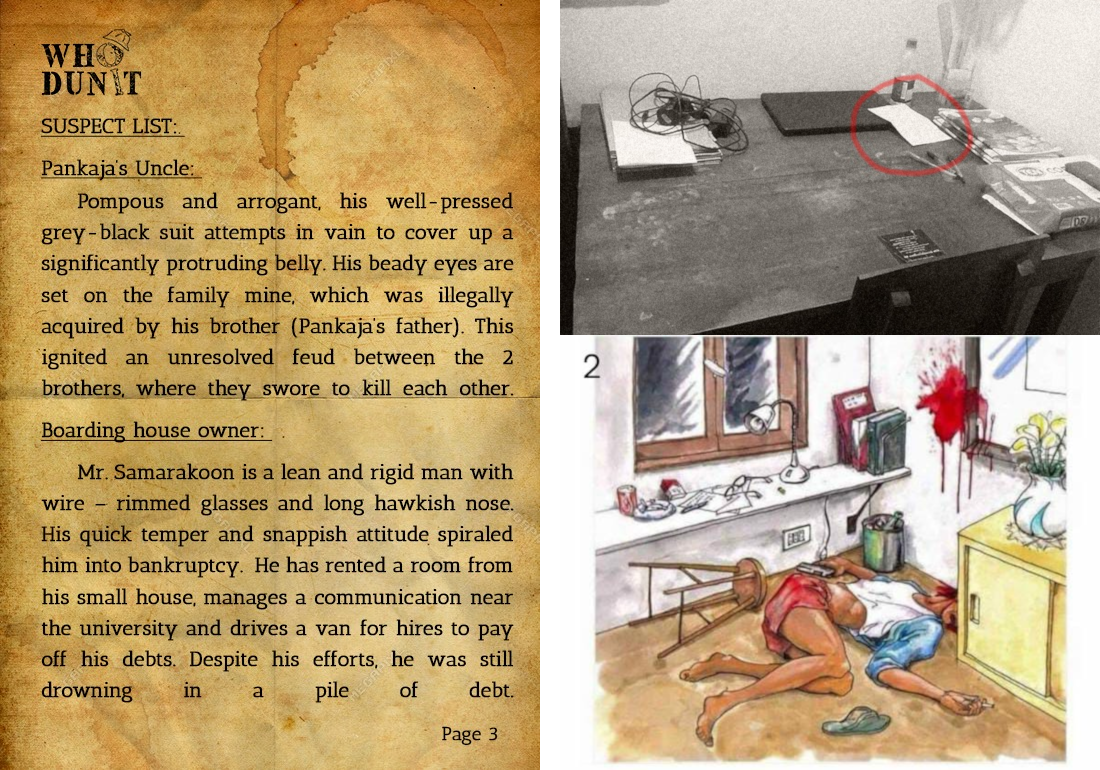 On the 30th of April, the students were given the opportunity of submitting one question per each suspect that they were willing to interrogate.

On the 1st of May, the final activities were held from 5 p.m. to 7 p.m. via zoom. The proceedings of the day took the form of a court trial. Suthira Wijayawardena, the Judge for the day called the room to order and took alibis from the four suspects.These statements also covered the answers to the questions collected from the participants on the previous day. Mudith, Kaveesha, Nushan and Vidura played the roles of Pankaja’s boarding landlord, Pankja’s uncle, Pankaja’s girlfriend’s brother and Pankaja’s favorite tuk-tuk driver respectively.

The teams were then put into separate breakout rooms where they engaged in decrypting a ransom note sent by the perpetrator of Pankaja Ransainghe.

An additional 20 minutes were provided to the team members in the breakout rooms to have their final discussion and decide on their way of presenting the final solution to the kidnapping case.

Then the participants were admitted into the main session where the teams were asked to present their solution to the missing mystery of Pankaja along with their explanation. A poll was also conducted to find out the most popular explanation that gained the admiration of everyone.

Finally, the winning team, Dumbledore’s army was announced based on the final score.

Sincere appreciation and admiration goes to the Project Chairs of Whodunit, Nirodha Sandaruwan and Niruthikka Sritharan, and their amazing team for the efforts they put into making project Whodunit a success. The countless hours spent planning, organizing and discussing on zoom, from developing a sinister plot to manipulating all the clues and evidences to point out to one ultimate culprit in the end, keeping track of the points, coordinating with the teams, and finally the courtroom trial were all worth it at the end because Whodunit definitely did its job in bringing out the hidden Nancy Drew in the fresh gaveliers of batch 20.