Gavel club of University of Moratuwa again completed another chapter in history while initiating the next new chapter along with the 11th installation ceremony which was held at Hotel Lagoon Dining, Moratuwa, on 03rd March 2017.

With an invitation to walk down the memory lane, the ceremony began with a video which highlighted the events, achievements and special meetings of the past year. The President’s lively introduction paved the way to a colourful beginning followed by the Round Robin session conducted by Timal Mohan as the Toastmaster. The most awaited session of all, ‘The President Bash’ began with a thunderous applause from the audience. After all, the Installation is the one and only day where you get to bash the President. As usual some unrevealed stories behind the President’s Gavel career were disclosed. But the crowd didn’t forget to admire and praise him for his commitment and unquestionable leadership qualities.

The Table Topics session was conducted in two parts; one was picking a chit of paper written with a special award to nominate a personality who deserves it best and the other one was to describe the person in a given photograph. While most of the speakers went for picking an award, Shehan Thilina described Merl’s most beautiful photo in the Gavel history: ‘Dancing amidst the balloon blowing game at Avurudu’. Rahubaddha explained the most famous habit of Praveen:‘ Never say no to food’. Chathuranga unrolled his memories of his first flyer design  experience with the Immediate Past President, Vibhanu. Meanwhile Praveen, past president Akalanka, Chamode, Vibhanu, and Gimhani were nominated for the awards of ‘Funniest Gavelier’, ‘Most popular Gavelier’, ‘Most helpful Gavelier’, ‘Kindest hearted Gavelier’ and ‘Best vocal performance’ respectively. TM Thilini revealed that all the members present deserve the award  ‘Most handsome and Prettiest Gavelier’ , as when it comes to beauty it’s not just about how you look, but what lies deep within matters as well.

Following the Table Topics session was the presentation reviewing the past year. The past year was considered to be a year of achievements with,

Gavel is a home for people with numerous talents. Gaveliers display a bunch of achievements in each year while making the club more outstanding than ever; not only through speaking but also through numerous other ways. So the next event on the installation agenda was recognizing the achievements of club members. This was followed by the next most awaited moment, presenting of the “Gavelier of the Year award”. Yasoda Gamage was awarded as the Gavelier of the year for 2016/17.

Then came the final task of the current President, ‘Introduction of the new President and handing over of control’. Merl Chandana introduced the new President, Piyumi Bandaranayake, and handed over the control.The new board was appointed after that.

Finally,Piyumi Bandaranayake delivered her acceptance speech which signified lots of dreams and targets towards the good will of the club. She also took the time to appreciate the outgoing board members for their tremendous contribution. Then the dinner and entertainment session began while remarking the beginning of the new Gavel year.

The Gavel executive board for 2017 is as follows: 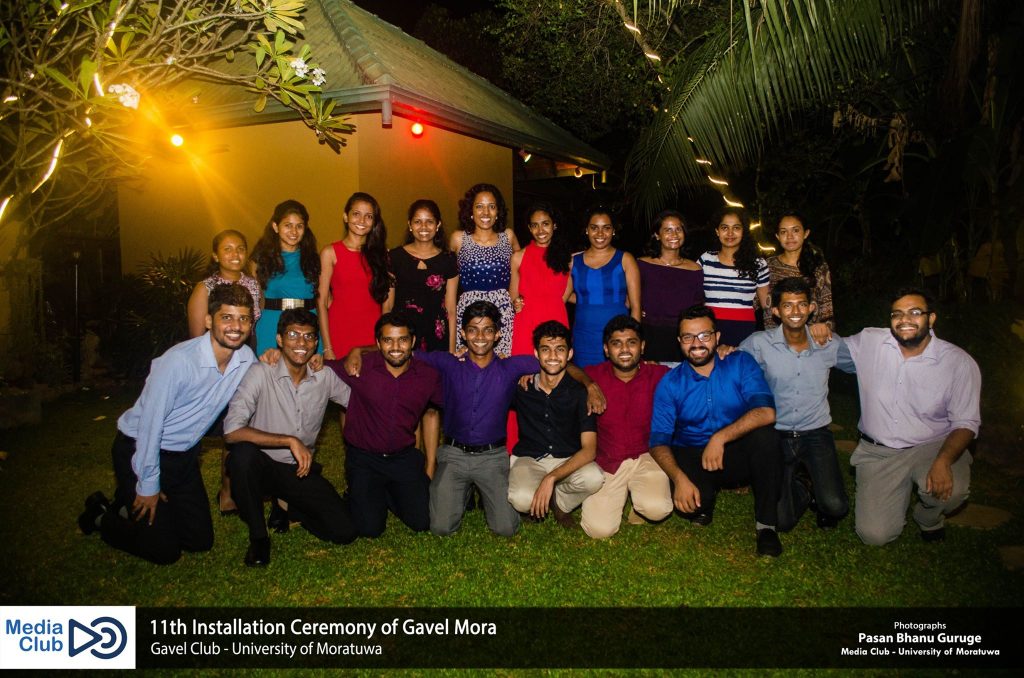