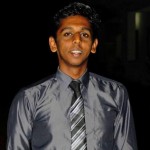 It was a gloomy Wednesday evening, yet  things were about to go high in the ENTC-1 lecture room.

It was the 286th Gavel meeting.  A girl with a sugary voice, it was Waruni Adikaram who led the national anthem.

“Do you know why today is special?” A question brought everyone’s attention towards the well-known face which was in front. “It’s because Sangakkara won over Sachin Tendulkar in the fan battle for ODI GOAT”, our President Merl Chandana broke the silence in his usual cricket enthusiastic words.

Shehan Thilina was introduced as the Toastmaster for the day. “Lazy people are the ones I choose, because they are the ones who would find the easiest way”, the wise words by Bill Gates were the key motive behind Shehan to give the Gaveliers a Round Robin topic which was so catchy: “What would be the ideal Round Robin session?” Some of the ideas shared were quite unique and new, while creating roars of laughter.

Then the Table Topics Master was introduced. Being very well known for his comedy, impressions and relationship advices, it was none other than Praveen Kumarasinghe.

It was the President himself to break the silence once again, but this time it was a Table Topic. “If you want to change the world, how would you do it? And what’s the perfect place?” ”It’s the bedroom”, he continued after the creation of the perfect hyper mood. The empowering and enthusiastic person shared “what really happened during his busy academic days”, and how he faced it. “Start everything from scratch”, the point was made clear.

Next up was Ashwin, with a more elaborative and informative speech. “Do you remember the cooks, soldiers, nurses etc who were the real reasons behind a war victory?” The rhetorical question was like an arrow, struck deep in everyone’s heart and made everyone think “has the history done justice?” Everyone sure did realize that the value of the person with the seemingly least importance is very much profound..

“I was failing, and I am failing…..yet I won’t give up” Waruni made everyone think and make promises to themselves that they won’t quit, no matter how hard the life is, backing up with her own academic experiences.

As an expressive Gavelier stepped on to the stage, things got more serious. It was Chamanthi who made everyone laugh and think while taking us to the so called “back in our days…”. “Are we going to let our children be a victim of social media? Or help them enjoy life like we all did? ”was a valid question which paved the way for silence and thinking among the Gaveliers.

Next up was the Toastmaster for the day, Shehan. It was all about seeking perfection for him. “Can you fail in a good way?” the rhetorical question made everyone think of all the times they have failed or considered themselves failures.

“Do you see Saturn?”  It was Niluxsi, sharing her experience with a group of children. The liveliness of the speech was backed up with comedy, making the hilarious speaker succeed in touching everyone’s heart.

“Everything is not for everyone” said Madushan, making us all justify the loss of something, and persuading everyone to seek alternatives.

Next up was Chinthaka who shared his own story of how he made himself a better mobile. “Take risks , be brave ” was his motto.

Yasumi made her first speech elaborating on the advantages and disadvantages of social media, making us all aware of what we are dealing with and the magnitude of the consequences.

“Imagine you have a car but you are not allowed to drive it”  Ushani shared all the frustrations she has faced because of her height. We all realized two things from her speech. One was “take risks, be brave” and the other was not to mess with Ushani again. We all learnt a lot from her bus incident.

It was a handsome Gavelier who wrapped up the Table Topics session. Timal Mohan shared the academic failures he has faced, and introduced a blue ocean strategy. “You don’t have to fail to become a success, you can also see others’ failures and become successful”, he spread a lot of wisdom amongst Gaveliers.

All in all it was a stupendous and mesmerizing Table Topics session with 11 speeches.

Phrase of the day