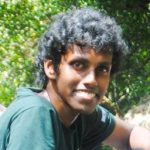 ‘April come she will’, and the moment she starts singing her first ‘cuckoo’ from the branch of an erabadu tree in blossom, we know it’s the season for fun time with family and friends, lots of mouthwatering  sweets and of course games! The Sinhala and Tamil New Year is a time of rejoice for all inhabitants of this little island. It was no different for us at Gavel. The sweet reminiscences of the joy of Avurudu of our Gaveliers were shared in the Gavel Avurudu Meeting. 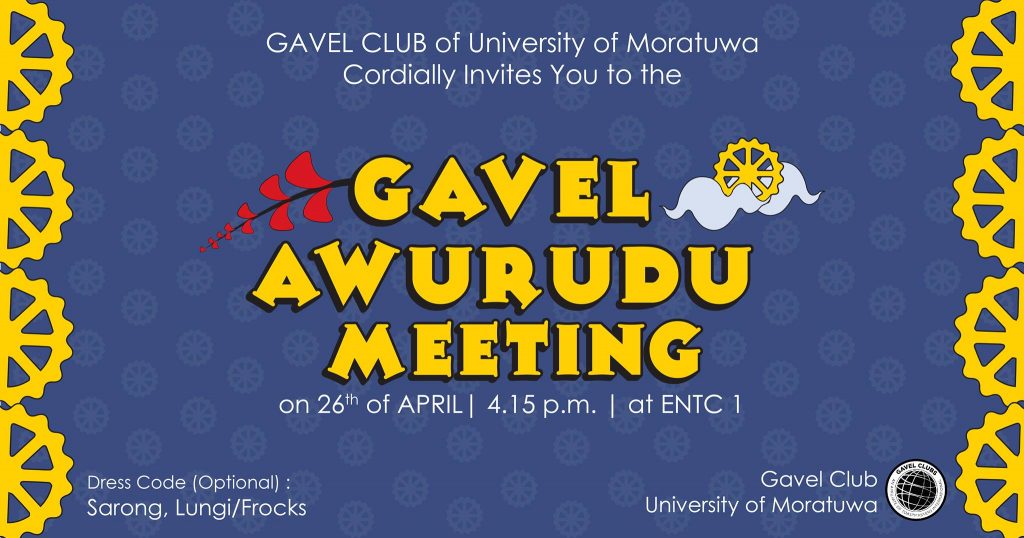 Before the commencement of the meeting, everyone enjoyed the game of drawing the eye of the elephant, which of course helped them get back in the Avurudu mood. The meeting was formally commenced by the President Chathuranga Amunugama who invited Navodinie Wijethilake, the Toastmaster to continue with the proceedings. 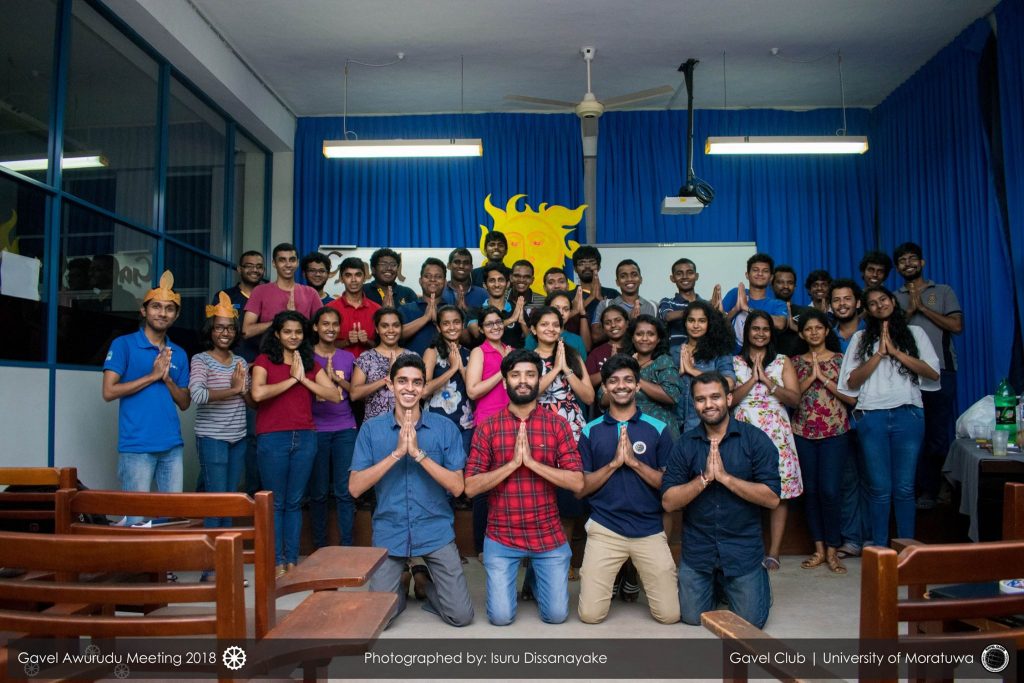 Next came the Round Robin session which is undoubtedly the most exciting event in any Gavel meeting  where everyone gets a chance to share stories of their adventures and mishaps. This time, though, the Round Robin session took a novel outlook – the outlook of a verbal pillow fight. Everyone had to pick a piece of paper from a box, and had to bash the person whose name was written on it.

The first to get bashed was our Ex-VP Education, Rochelle Silva. Malindi Jayathunge, who was careful enough to praise Rochelle first, suddenly threw a winning blow at her saying she could use some tips about fashion. Shenali Welikala’s expression of dismay towards Lihini Dinushika, who, according to Shenali “is an attention-grabber, whose presence leaves everyone else unnoticed” and Lihini’s threat to Chinthana Wimalasuriya, the photographer – “You take photos that put your life in danger”, made ripples of laughter across the room.

When it was time for the Table Topics session, Navodinie handed the control over to the Table Topics master Malindi Jayathunge, who too had some exciting plans. In addition to the topics on the whiteboard, she had with her a clay pot which had in it pieces of paper with impromptu topics written on them. She also announced that an Avurudu Kumaraya and an Avurudu Kumariya (The prince and the princess of New Year) will be selected from among the speakers.

The first to break the ice and come on stage was none other than the President Chathuranga Amunugama who spoke of his drunken quest with Praveen Kumarasinghe, who tried to carry chairs to his boarding place from the university food court. Next to speak was Asitha Rathnayake, who was brave enough to pick a topic from the clay pot and he spoke about his desperate need to have a boyfriend/girlfriend. Abarajithan ‘Aba’ Gnaneswaran put a hearty laugh on everyone’s face with his account of his fire-cracker adventure – walking around throwing pieces of sodium into every puddle and lake in Kandy with his mischievous school friends.  An exhaustive explanation of New Year including its astrological, social and cultural aspects, was provided by Amaya Dharmasiri. Haritha Jayasinghe spoke of his trip to India and unexpectedly joining a student organization and concluded with an open invitation to a colloquium. It is worth mentioning the Table Topics master did not forget to reward each speaker with candy.

It was a daunting task selecting the Avurudu Kumaraya (The Prince of New Year) since each speaker was equally talented. Yet after careful consideration, Haritha Jayasinghe was crowned Gavel Avurudu Kumaraya. It was not so difficult selecting Avurudu Kumariya (The princess) because there were only two female speakers, from whom Amaya Dharmasiri was awarded the honour. Both the Avurudu Kumaraya and Kumariya were adorned with precious crowns made with leaves of the Jack tree.

Night was drawing near and it was almost time to end the excitement of Gavel Avurudu and head back to our boarding places and monotonous lives. Yet the co-chairs Navodinie and Malindi had not forgotten to prepare an Avurudu treat consisting of a small yet delightful variety of sweets and drinks. After enjoying the treat everyone joined the final game of the day, passing the hat, after which the Avurudu Meeting of the Gavel Club of University of Moratuwa came to an end. 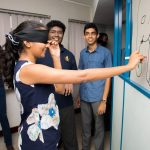 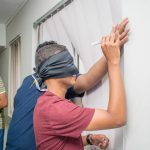 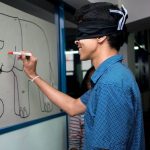 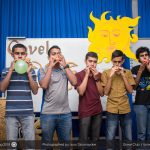 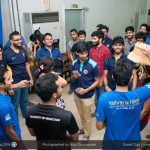