“Chocolate… BUT WITH FREEDOM” A recap of the 425th Gavel Meeting

It was the 7th of February, the day we have been waiting for a whole year to take part in an outdoor Gavel meeting. Everyone was excited to meet our fellow Gavelliers physically and speak to each other. We spent a few hours just chit chatting with each other to recover what we have been missing for a long time. It was a big day for Gavel Mora. It was the first meeting conducted after the appointment of our new board members.

The meeting started officially at 11.00 a.m. Amaya, the Immediate Past President, started the meeting and she expressed her gratitude to everyone who helped her to fulfill her role as the President and to maintain the quality of the meetings during the past year. After that, to keep the Gavel traditions alive, she handed over the gavel to Dinidu to symbolize his appointment as the new President. 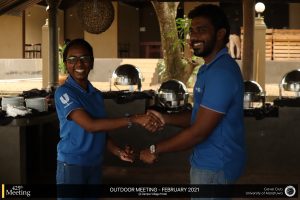 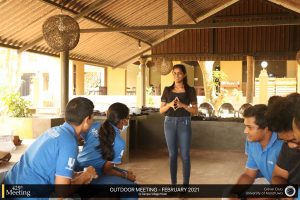 With new inspirational energy, Dinidu started the meeting as our new Gavel President. He handed over the control of the meeting to the Toastmaster of the day, Charithma. She reminded us all of the specialty of this meeting. Then she introduced the role players of the day. I was the Timer of the day and as it was a casual meeting there wasn’t an Ah Counter or a Grammarian for the meeting.

Next came the most existing part, the Round-Robin session. We had to say what we would do if we got the invisibility cloak featured in the Harry Potter fictional series. It was really fun. Some said about how they would cheat exams, how they were going to process the material to develop a consumer product, how they would rob a bank or sneak into stadiums to watch matches without buying tickets and many more crazy ideas. Mudith wanted to destroy it if he ever found it after listening to all those ideas. 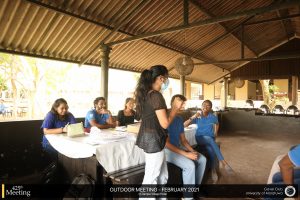 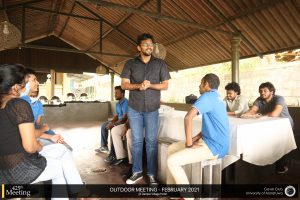 Next, the meeting was handed over to Anuki who had a very active personality for the Table Topics session. Actually, it was the funniest part of the meeting. First, she divided all of us into pairs and called upon pair by pair to act out various incidents. Charithma and Mudith had a cat fight for the same dress, while Chamuditha and myself tried to sell two different brands of soap to Akhila. Nikila and Pasindu had a fight over their land borders. Anuki confessed her undying love to Malithi, who rejected her and Jayoda proposed to Kavishka. 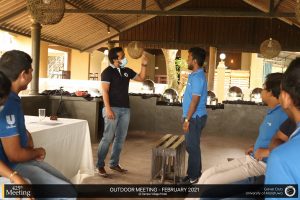 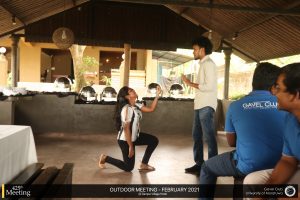 Vidura tried to convince Natasha to extend the deadline of a submission and Amaya tried to convince Suthira to apply for a competition. The funniest incident was Skenos and Shimzara asking to vote for them. While Shimzara promised to give us chocolates ,Skenos promised to give us chocolates with MORE freedom! It was so much  fun listening to them and everyone had a good laugh. 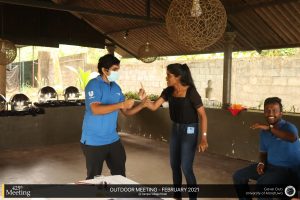 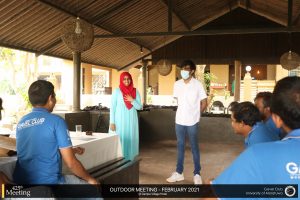 After the very entertaining Table Topics session, Charithma handed over controls back to Dinidu who presented service letters to the newly appointed board members. Next Dinidu invited our immediate past president Amaya to present the awards to the winners of the Speech Olympiad XIII. 2nd runner up was Dinithi Dissanayake, 1st runner up was Lakshan Dissanayake and the Champion was Jayoda Dissanayake who also won the awards for the Most Popular Speaker, Best Prepared Speaker and Best Impromptu Speaker. With that, the formal aspects of the meeting were concluded. 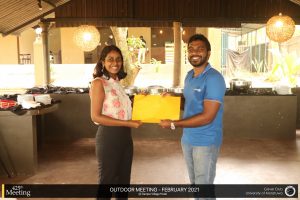 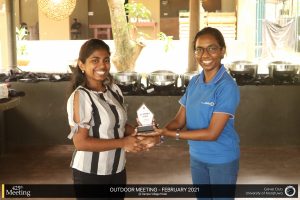 After that, it was time for a scrumptious lunch. We had many valuable conversations with each other while enjoying lunch. It taught me the value of being a part of Gavel Mora. Gavel is always about having those fascinating and talkative people around you all the time. They will always be there to listen to you, encourage you, and cheer you up during the hardest times.

Before the day came to an end, it was time for the outdoor games. The first game we played was snake and tail. Then it was Ice and water. We were running here and there like a bunch of little kids. That was extremely fun and we were very tired at the end of it. So, we sat down and played the Gavel games.

After that very productive and joyful day, we bade farewell to each other, and came home safely. It was one of the best days we had at Gavel Mora after a very long time. 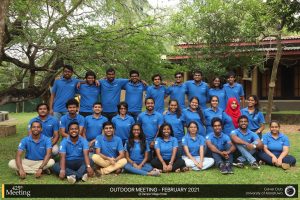 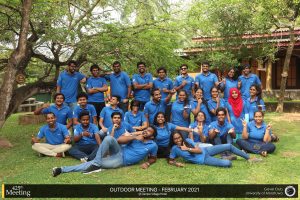